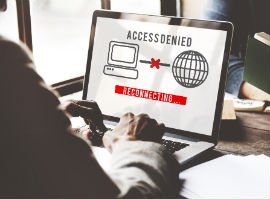 As the site-blocking movement progresses around the globe, more and more countries are being added to the list.

Entertainment companies see the practice as crucial to preventing the flow of pirated content but critics claim the process is overly-aggressive and can lead to collateral damage. Following a ruling in India yesterday, opponents of blocking will have yet more ammunition.

Following an application by Lyca Productions Private Limited, the producer of the sci-fi movie ‘2.0’, the Madras High Court handed down a super-aggressive blocking order yesterday that puts most – if not all – similar injunctions in the shade.

In order to protect the movie – which is due for release today – Justice M Sundar ordered 37 local Internet service providers to block a staggering 12,564 websites on the basis that they are likely to offer illegal copies of the movie.

While the order has not yet been published on the website of the Court, local media reports indicate that 2,000 of those websites are operated by notorious Tamil movie website TamilRockers.

Given that so many ‘sites’ are connected to one platform, the order may actually cover more than 12,000 domains instead of individuals sites, but in advance of the order itself being published, that’s hard to clarify.

Nevertheless, what we’re looking at here is a preemptive blocking order of a truly huge scale against sites that have not yet made the movie available and may never do so.

In the meantime, however, a valuable lesson about site-blocking is already upon us. Within hours of the blocks being handed down, a copy of ‘2.0’ appeared online and is now available via various torrent and streaming sites labeled as a “1080p PreDVDRip”. Forums reviewed by TF suggest users aren’t having a problem obtaining it.

With a reported budget of US$76 million, ‘2.0’ is the most expensive Indian film. The sci-fi flick is attracting huge interest and at one stage it was reported that Arnold Schwarzenegger had been approached to play a leading role in the flagship production.

“We had thought of casting Arnold. We had talked and allotted dates also. But somehow things did not work out as the contracts of Hollywood and India are contradictory,” director S. Shankar told local media.

More controversy hit the movie Tuesday when the Cellular Operators Association of India (COAI) filed a complaint against the movie with the Central Board of Film Certification (CBFC) and Ministry of Information and Broadcasting. COAI claims that ‘2.0’ shows mobile phone use in a bad light, suggesting that the devices are detrimental to health.

The depiction is “defamatory to COAI and its members, endangers public order, presents anti-scientific attitudes, constitutes offenses including under various sections of the IPC (Indian Penal Code) and is in violation of the provisions of the Cinematograph Act, 1952,” the complaint reads.

As the world struggles to incorporate the coronavirus pandemic, organizations close to the globe are wanting at approaches to mitigate the disruption caused by voluntary and in some circumstances obligatory isolation. Travel Social distancing is […]

Section 115a of Australia’s Copyright Act allows copyright holders to apply for court injunctions that compel local ISPs to block subscribers from accessing ‘pirate’ sites. Since it became active in 2015, the legislation has been […]