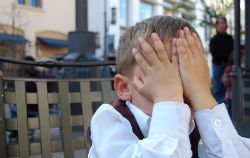 Anyone even remotely interested in movies and the Internet will have likely stumbled across the Internet Movie Database, or IMDb for short.

The site is an absolute goldmine of information on every imaginable movie, listing everything from cast and crew to user reviews, trailers and trivia, with dozens of additional data points to allow the consumer to research and invest in content.

IMDb is an entirely legal venture but for reasons best known to dozens of content and anti-piracy companies, it is regularly subjected to takedown notices who claim that the service is a pirate site.

For example, early December an anti-piracy outfit working to protect the movie ‘The Wedding Ringer’ for Sony Pictures Entertainment targeted a range of URLs in a notice to Google. Unfortunately, the notice also listed an IMDb URL that offers the legal trailer for the movie.

Even more bizarrely, a company working on behalf of TV company RCN TV filed a strongly-worded notice aiming to protect the TV show “The Law of the Heart“.

“[The URLs contains] an illegal pirated copy of RCN’s copyrighted episodic series La ley del corazon episode/s 01-130. RCN TV has not in any capacity, authorized www.imdb.com to distribute its content,” the notice reads.

“RCN hereby requests that based on the DMCA and Google’s own copyright infringement rules, that said portal be removed from its system in order to prevent further abuse and financial losses to our brand as copyright owners.”

The notice lists 132 IMDb URLs, all of which promote and inform the public on the show with none offering any episode for free. Google did the right thing and removed none of them.

But it’s not just foreign companies targeting IMDb with wrongful takedowns. On December 8, an anti-piracy company working for Home Box Office tried to ‘protect‘ the TV show Rellik by removing its IMDb page.

A few days earlier, the same company (this time working for MGM Studios) tried to remove the IMDb page for Get Shorty, while throwing in its Wikipedia page for good measure.

A takedown notice sent on behalf of Columbia Pictures to protect The Amazing Spider-Man 2 didn’t achieve much either.

No, that’s not right…

While most if not all notices that target IMDb are sent in error, there appears to be a common mistake made by some anti-piracy companies.

When sending notices to Google, instead of listing IMDb URLs as the source of the content (it isn’t, but many companies list it as such), they accidentally put IMDb as the infringing URL. This notice sent on behalf of National Geographic lists several such examples.

Google’s Transparency Report lists more than 170 largely bogus DMCA complaints against IMDb, which is something easily prevented with a simple whitelisting of the site’s URL.

What makes things even more ridiculous is that IMDb is owned by Amazon and on every page where legal consumption is possible, the company provides a link where visitors can watch legally using Prime Video. Given that, at the time of writing, the complaints covered more than 4,600 URLs, that’s potentially a lot of lost business via Google search.

Thankfully, as the image below shows, Google’s diligence when reviewing DMCA complaints prevents most notice senders from shooting themselves in the foot. However, it doesn’t take a genius to work out what delisting from IMDb could do for a movie’s sales. Is it really too much effort to whitelist the site?

Google saves the day for hundreds of movies 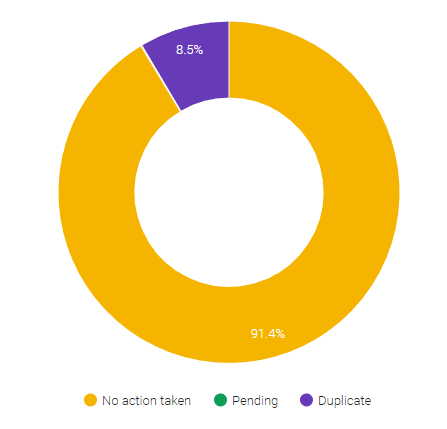 While it’s not one of the most critically acclaimed movies of the recent decades, Waterworld has reached cult status among a subgroup of film fans. The post-apocalyptic film, featuring Kevin Costner in a lead role, […]

New research from Carnegie Mellon University reveals that more time spent on pirate sites increases the risk of running into malware. The same effect was not found for other categories, such as social networks, shopping […]