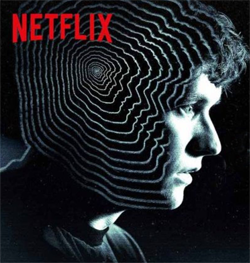 Warning: This may contain spoilers.

As a huge Black Mirror fan, I was excited – extremely excited – to learn that Netflix would be presenting the latest installment of the series at the end of December.

Right on cue, Bandersnatch hit the streaming service and within minutes I’d left the office for the comfort of the living room. Firing it up on my four-year-old LG smart TV I was immediately frustrated. According to the video that began to play, my TV is too old and outdated to play the promised interactive feast.

This, I initially thought, was part of the usual mind games Black Mirror likes to play with its viewers. I was wrong. My TV really was incapable of playing Bandersnatch. Undeterred, I grabbed an Amazon Firestick and within 15 minutes had set up Netflix and was watching the show. Minor setup irritations aside, I was in the game – literally, and in more ways than one.

The story behind Bandersnatch is important to me and as a former ZX Spectrum programmer, the nostalgia was fantastic. The title was immediately exciting too.

Bandersnatch – along with Psyclapse – were two ‘megagames’ planned by long-defunct UK developer Imagine in the 1980s, neither of which came to fruition. Only adding to the fun was that the main character in Bandersnatch, young programmer Stefan Butler, shared the same surname as Imagine founder Mark Butler. No coincidence, of course.

From here, however, things went downhill – for me at least.

‘Playing’ Bandersnatch (or effectively choosing ‘yes’ or ‘no’ at various points) felt archaic. Aside from much better ‘graphics’, these choices felt little more advanced than those presented in early interactive video games such as Night Trap and Sewer Shark on the Sega CD / Mega-CD in the early 90s. Or (fans of Bandersnatch, please forgive me) the 1980s laserdisc game Dragon’s Lair, which admittedly only had one ending (Bandersnatch has five).

Nevertheless, desperate not to miss out on better things to come, my partner and I continued ‘playing’ Bandersnatch but sadly (and this is just my opinion) things didn’t improve.

While still fascinated by the details (even down to the ancient dk’Tronics addon Spectrum keyboard hidden away in one of the scenes), this didn’t feel like the groundbreaking adventure we’d been promised.

Ultimately, i’m desperately sad to say, the key emotion that developed in me while watching Bandersnatch was one of frustration, especially the seemingly endless looping back after ‘bad’ decisions. This felt like interactivity for the sake of it but the online hype meant that this movie was always going to be popular and, of course, a target for pirates.

But the big question remains: how it could be replicated outside Netflix?

Initially, several torrents appeared online featuring the default run through of the show, i.e the version of Bandersnatch that viewers would get if they didn’t make any decisions at all in the movie.

According to statistics gathered by TorrentFreak, this version is doing pretty ‘well’ on most torrent sites, even without any form of interactivity. There’s also a ‘full’ version containing in excess of five hours of footage – good luck enduring or making sense of that.

However, pirates always want something more – they want the full Netflix experience, probably without paying for the streaming service, if possible.

Notably though, there is still no ‘pirate’ fully-interactive version of Bandersnatch available publicly. This is interesting on a number of fronts. Firstly, pretty much everything gets pirated these days but apparently, perhaps for technical reasons, this is proving more difficult. In 2019, that is somewhat strange.

Pirates can decrypt DVDs, Blu-rays, defeat most DRM – including cracking the fiendish Denuvo – yet preparing a system to play through a few video clips in a user-selected order is either too difficult or, more likely, too time-consuming for the pirates at the top of the pyramid.

This has led to many interesting comments on torrent and discussion sites, many centered on how this problem can be solved. But perhaps more interestingly, there are others advising another course of action.

“For this one in particular, YOU NEED to experience it on Netflix,” the top commenter on a RARBG torrent writes.

“It’s not just a movie… You can even get the character to go crazy and start a kung-fu fight with his therapist and father, or even get the actual actor to have a mental breakdown during shooting… Amazing idea. It feels like you’re inside an old-school adventure game.”

Just to reiterate, this is a user of one of the most popular torrent sites, that indexes the majority of mainstream stuff that anyone could ever need (and has all of the Bandersnatch torrents available), advising people that they need to enjoy this on Netflix. A subscription service, no less.

Although one swallow does not a summer make, as Aristotle once said, the commenter is absolutely correct. If the viewer wants to have the full Bandersnatch experience right now, he or she is going to have to dig deep and give Netflix a few dollars for the privilege. For a big movie title, this is pretty much unprecedented.

While I’ve not been particularly complimentary about Bandersnatch as a package, one has to admire Netflix and Charlie Brooker and his team for having the guts to put something like this together. Not only have they produced something that seemingly the whole world is talking about (even if some didn’t enjoy it), they’ve created a movie experience that is currently unavailable for free.

And, let’s not forget, this is just the beginning. The Verge has a great article on other potential uses for a title like Bandersnatch, particularly that the ‘adventure’ choices made by viewers could be further leveraged to generate additional revenue streams.

I enjoyed chopping ‘my’ dad up, but it would be a shame for Netflix to do the same to this format. It’s only just beginning and the next few iterations, when they inevitably arrive, will surely be a lot better. And, indeed, even more difficult to pirate. For now at least.

‘Blocking Pirate Web-sites is Not Plenty of, Russia Need to Shut Them Down’

There can be small question that Russia has some of the most agressive anti-piracy policies in the entire world. Kodi Following it grew to become a member of the Earth Trade Firm (WTO) in 2012, […]

‘Dutch Pirate Bay Blocking Case Should Get a Do-Over’

In the legal battle over the legality of the Dutch Pirate Bay blockade, Advocate General Van Peursem has advised the Supreme Court to throw out the previous order and do the case all over again. […]