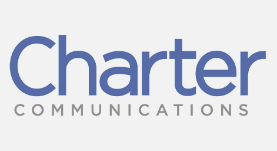 In March several major music companies sued Charter Communications, one of the largest Internet providers in the US with 22 million subscribers.

Helped by the RIAA, Capitol Records, Warner Bros, Sony Music, and others accused Charter of deliberately turning a blind eye to its pirating subscribers.

Among other things, they argued that the ISP failed to terminate or otherwise take meaningful action against the accounts of repeat infringers, even though it was well aware of them.

Last month Charter responded to these allegations. The company denied that it plays an active role in any infringing activities and believes the music companies’ arguments are flawed.

The labels sued the ISP for two types of secondary liability for copyright infringement; contributory infringement and vicarious liability. While Charter is confident that both claims will ultimately fail, it has only asked the court to dismiss the latter.

In its motion, Charter stressed that there is no evidence that it directly profits from copyright infringement. In addition, the ISP said that it doesn’t have a right and ability to control any infringements either, which negates another element of vicarious liability.

The music companies clearly disagree with Charter’s arguments. In a new reply submitted this week, they reiterate that the ISP failed to terminate repeat infringers, suggesting that it was motivated by profit.

“Since 2012, hundreds of thousands of defendant Charter Communications, Inc.’s subscribers have illegally distributed Plaintiffs’ music through online file-sharing programs like BitTorrent, with some users pirating hundreds of Plaintiffs’ songs,” the music outfits start, setting the tone right away.

Charter previously argued that it couldn’t control or stop piracy. Even if it terminated the accounts of subscribers, this would do little to stop infringement. After all, those people could simply sign up elsewhere and continue their infringing activities there.

The music companies reply that this argument misses the mark. They note that they’re not holding Charter liable for all hypothetical piracy on the Internet. Instead, their claim applies to a specific subset of pirate activities that previously took place on the ISP’s network.

At the very least, Charter had the “contractual right” and “practical ability” to limit piracy by its subscribers by terminating persistent infringers, the music companies argue.

“Pursuant to its terms of service, Charter reserves the right to terminate users’ accounts if they engage in copyright infringement. As courts have repeatedly held, it does not matter that Charter cannot prevent users from accessing infringing material online through other means.”

In addition to the control part, the music companies also state that the Internet provider profited from the alleged infringements, which is another crucial element of vicarious liability.

The music companies and other rightsholders sent the ISP many infringement notices, identifying the accounts of specific subscribers. Even though Charter had the ability to terminate the accounts of frequent offenders, it took no action, allegedly for a profit motive.

“The reason for Charter’s refusal to act is simple: by tolerating users’ infringement, Charter reaps millions of dollars in subscription fees that it would have to forgo if it terminated infringing users’ accounts,” the music companies argue.

This failure to terminate pirates then acted as a ‘draw’ for other potential pirates, the music companies add.

“From Charter’s failure to act, users came to understand that they could infringe Plaintiffs’ works with impunity, which constituted a further draw to the service,” they write.

Based on the above, the music companies argue that Charter’s motion to dismiss the vicarious liability claims should be denied. This would also allow the rightsholders to obtain further evidence for their arguments during discovery.

The Colorado federal court will now review the arguments from both sides and make a decision whether the case should continue based on the allegations of both vicarious liability and contributory infringement, or just the latter.

A copy of the music companies’ opposition to Charter Communications’ motion to dismiss the claim for vicarious liability is available here (pdf).

Video Piracy Rates Drop Sharply, But For How Long?

For many people, on-demand streaming services have become the standard for watching movies and TV-shows. In many countries, the idea of ‘on-demand’ video was popularized by piracy. This was often the only way for people […]

As one of the most legendary gaming producers in the entire world, Nintendo has been preventing piracy for a lot of years. IPV 728×90 (set 3) The business has an in-residence anti-piracy division that indicators […]