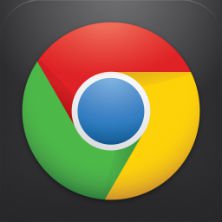 More than a decade ago, users visiting torrent and file-hosting platforms were often greeted with the same quality of ads present on many regular sites.

Leading companies and brands had few problems with their marketing appearing on major ‘pirate’ sites, with visitors to The Pirate Bay, for example, regularly viewing ads indirectly placed by huge corporations.

Over the years, as anti-piracy groups have sought to deprive ‘pirate’ platforms of their revenue streams, many sites have found themselves pushed towards lower grade ad networks that they previously wouldn’t have considered. This has not only led to a decrease in ad quality but often reduced revenues for the sites in question.

Perhaps inevitably, undesirable ads sometimes creep through the net, including popups, popunders, fake download buttons and forced downloads. These can often be prevented with a good ad-blocker but Google itself has taken steps with measures built directly into Chrome, targeting malicious ads on all platforms, not just pirate sites.

Google’s Safe Browsing initiative was launched more than ten years ago and in 2016, the company announced steps to hit fake ‘download’ and ‘play’ buttons. Last November, Google said that Chrome version 68 would try to prevent unexpected redirects to a new page in a new tab, a phenomenon many streaming site users will be familiar with.

While these efforts had some effect, a new announcement from Google suggests that the systems built into Chrome need to be improved.

“These protections blocked pop-ups and new window requests from sites with certain abusive experiences like redirecting pages. However, we’ve learned since then that this approach did not go far enough,” says Google Product Manager Vivek Sekhar.

“In fact, more than half of these abusive experiences are not blocked by our current set of protections, and nearly all involve harmful or misleading ads. These ads trick users into clicking on them by pretending to be system warnings or ‘close’ buttons that do not actually close the ad. Further, some of these abusive ad experiences are used by scammers and phishing schemes to steal personal information.”

As a result, Google has announced that starting in December, Chrome 71 will remove ALL ads on the “small number of sites” with persistent abusive experiences, something which will hopefully encourage a speedy response to potential issues.

Site owners will be able to check their own sites against the ‘Abusive Experiences Report‘ in their Google Search Console to check if they are affected. If changes aren’t made within 30 days, Chrome will remove all of their ads.

Google stresses that it always wants users to be in control of their own browsing experiences. So, if they choose, Chrome users will be able to disable ‘abusive site filtering’ by toggling it off in the browser’s settings.

TorrentFreak spoke with a small number of ‘pirate’ site owners about the update but none expressed particular concern. That being said, the sites that are most likely to fall into Google’s traps are often the least likely to respond to our questions, so time will tell how they fare following the update.

Pirate streaming boxes remain widely appealing to a broad audience. At a fraction of the normal costs, they open the door to all sorts of broadcasts, including football matches. On the sports side, BeoutQ has […]

Website blocking is without a doubt one of the favorite anti-piracy tools of the entertainment industries. India is no stranger to this measure either. Over the years, local courts have issued a variety of blocking […]