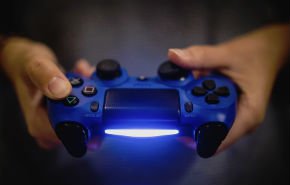 Following up on some earlier experiments, the release of a jailbreak version brought PS4 piracy to the masses.

Copied games were suddenly being shared all over the Internet.  And for those who preferred not to do any tinkering themselves, it wasn’t hard to find a jailbroken console for sale, often with dozens of games included.

Sony Interactive Entertainment (Sony) was not happy with this change of momentum. Although the jailbreak couldn’t be easily undone, the Japanese gaming giant did take the matter to court.

In a case filed at a federal court in California last October, Sony accused a local resident of offering jailbroken PS4s for sale, filled with pirated games. According to the complaint, defendant Eric Scales used the handle “Blackcloak13” to sell the consoles preloaded with pirated games on eBay.

The man was further accused of running a separate website (now offline) where he advertised his services and products. The website stated that he’d been jailbreaking and modding consoles for more than a decade, and encouraged people to “stop buying games.”

Despite the allegations and possible damages, Scales did not respond to the complaint. This left Sony with no other option than to file for a default judgment, which United States District Judge Jesus Bernal signed last week.

The court agreed that the requested amount of damages –  $800 for two consoles and $200 for each of the 76 pre-installed pirated video games – is appropriate in this case.

“Sony may seek a maximum recovery of $390,000 in statutory damages for DMCA violations concerning the two modified consoles as well as the 76 pre-loaded unauthorized game copies,” the order reads.

“Accordingly, the sum of money at stake is appropriate, as Sony requests $16,800 in statutory damages. This factor weighs in favor of granting the Motion.”

As requested, the damages were not issued for copyright infringement but for circumventing technical protection measures, which violates Sony’s rights under the Digital Millennium Copyright Act.

In addition to the damages, the court also issued a permanent injunction which prohibits Scales from developing, marketing, and selling any infringing PS4 games or code. Nor is he allowed to offer any jailbreaking or modding services and products related to the PS4.

Sony also requested a more broadly worded ban on infringing Sony’s copyrights or violating the DMCA’s circumvention restrictions for Sony products, but this was rejected for being overbroad.

All in all, however, the judgment is definitely a setback for Scales. In addition to the injunction and the $16,800 in statutory damages, he must also pay $1,608 in attorneys’ fees, and $1,250 in costs.

In 2014, we documented on a lawsuit filed from Tom Kabinet, a Netherlands-based mostly on line marketplace for utilised eBooks. Fearing that the sale of these types of material would undermine their organization product, the […]

In numerous jurisdictions it’s popular for those people who dedicate wrongs on line to be dependable for their personal steps. In Germany, points haven’t been so straightforward. IPV-Sports-728×90 Due to a lawful principle known as […]

Movie studio Voltage Shots is no stranger to suing BitTorrent consumers. Kodi The company has submitted quite a few lawsuits against alleged pirates in the United States, Europe, Canada and Australia, and is believed to […]