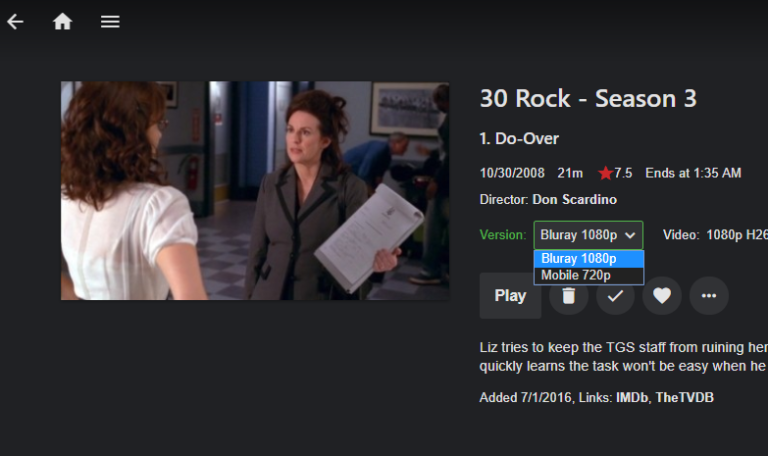 Anyone who’s got a load of digital media lying about needs a media server, and while the obvious solution is to install Kodi or Plex, you might be missing a trick.

Although it’s still overshadowed by its better-known rivals, Emby Server 4.0 has just been released for Windows, Mac and Linux, plus is now available for Nvidia Shield and Android devices too.

In truth, Emby is a direct competitor to Plex rather than Kodi, sharing the same server-client approach to storing, streaming and sharing media. Version 4.0 is a major update and existing users are warned that it involves a database upgrade, which will place the main server offline for a period. Users are also asked to check for any plugin updates in their web dashboard after updating.

Version 4.0 opens with a feature being removed: basically, all Telemetry and Anonymous Usage reporting has gone, in direct contrast to Plex.

There’s also new Emby Live TV Guide data for Premiere users — Emby’s paid-for tier — that covers the US, Canada and UK. Simply enter your zip or postcode into Emby, choose your channel lineup and you’re off and running.

The database upgrade in version 4.0 brings with it the promise of improved performance — faster library scans and TV guide refreshes are two such examples.

The hardware acceleration feature has been rebuilt from scratch and comes with the promise of better hardware detection to determine what’s supported, allowing users to choose an ‘easy' mode or choose their own hardware accelerator for both H.264 and H.265 streams. All major GPU platforms should see significant improvements and users are able to monitor performance from the web server dashboard.

Emby Server 4.0 is available now for Windows and Linux, with the Mac build due imminently. Emby media players are available across a variety of devices, including selected smart TVs.

by using HBO Insecure is returning to HBO for yet another year, and we prepare to look at all the episodes on the internet, so sign up for us in figuring out how to greatest […]

by using NBC The ultimate year of Blindspot is going to premiere soon on NBC, and we are tremendous eager to see all the new episodes and how this tale concludes. We program to look […]

iPhone 12 event: How to watch Apple launch live on your smartphone, tablet and TV

We didn’t get to see the iPhone 12 at Apple’s September “Time Flies” event but that looks set to change tonight. The US technology firm is holding a major keynote in just a few hours […]