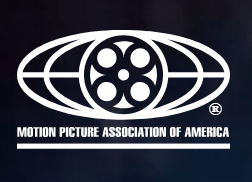 This rather enlightening database allows outsiders to check what URLs copyright holders want removed from the search engine.

In recent years Google has processed more than four billion URLs. While most of these requests are legitimate, there have also been plenty of errors, mistakes, and in some instances; clear abuse.

Most of the cases we covered in the past dealt with rightsholders targeting perfectly legal content, ranging from news articles, through open-source software, to Facebook’s homepage. Over the past year, however, we’ve noticed a different but equally disturbing trend.

Among the millions of notices Google receives on a weekly basis, there are now quite a few ‘fake’ submissions. Fake, in this case, means that the submitter pretends to be or represent someone else. Someone who it clearly isn’t.

We first spotted this late last year when imposters targeted many pirate sites with suspicious takedown requests. These were presumably sent by competing pirate sites, trying to remove the competition from Google’s search results. More recently, imposters even tried to remove a Netflix listing.

Today we have another example that’s perhaps even more blatant. It involves the name of Hollywood’s very own anti-piracy group, the MPAA.

In recent weeks Google received a flood of notices claiming to be from the Hollywood group. While the MPAA is based in the U.S., the notices in question are sent on behalf of “MPAA UK” and “MPAA Member Studios DE”.

However, none of the listings below, including “MPAA Member Studios US,” are legitimate. It appears that someone is pretending to be the MPAA, sending takedown requests for tens of thousands of URLs.

Looking more closely at the takedown requests, we see a familar pattern emerge. The notices mainly target a small group of ‘pirate’ sites. For example, over 10,000 URLs of the Turkish movie streaming site Filmifullizle.tv were targeted in just one week, with most notices coming from fake MPAA’s.

Filmmodu.com, and other Turkish streaming portals such as Yabancidizi.org, Fullhdfilmizleten.org, and Filmionlineizle.tv, get the same treatment, either by a fake MPAA or another scammer.

Interestingly, these imposters are rather sloppy at times. On several occasions they put the infringing URLs in the “original works” box, labeling the MPAA’s homepage as the infringing content. Luckily for the real MPAA, Google didn’t remove it.

As we have highlighted in the past, these imposters are likely to be competing pirate sites, who want to take out the competition by making their opponents’ sites unfindable in Google’s search results. A clear case of abuse.

At the time of writing, Google has complied with several of the fake takedown requests, removing the allegedly-infringing URLs. However, the search engine does appear to be aware of the problem, and has labeled some submissions as being fake.

The imposter situation definitely doesn’t help the credibility of the takedown process. Google has its hands full and we imagine that the MPAA isn’t happy with the misuse of its name either.

That said, the Hollywood group certainly isn’t alone in this. Several other rightsholders and anti-piracy organizations have imposters as well, including Marvel, Warner Bros., MarkMonitor, DigiGuardians, Marketly, and many others.

Kodi Kodi Use Protection Last updated December 5, 2019 By Patrick Travel Boom Media, one of the most widely used services for pirated IPTV streaming, is being sued by the popular broadcaster in the US, […]

Kodi Use Protection Kodi Developers of Kodi add-ons usually host their tools on GitHub. While the popular code repository platform is perfect for development, it has one loophole which has been exploited for quite some time. Kodi When users sign up […]

‘SextPanther’ Exposed Thousands of User Identification Documents A sex cam system has leaked the identification paperwork of hundreds of its versions. The details in the paperwork include every little thing, from total names to real […]