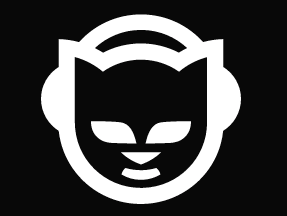 Somewhere in the fall of 1998 a user named ‘Napster’ joined the w00w00 IRC channel, a chatroom on the EFnet network populated by a few dozen elite ‘hackers’.

‘Napster’ shared a new idea with the group. The then 17-year-old developer wanted to create a network of computers that could share files with each other. More specifically, music tracks.

To many people, including some in the IRC channel, that idea sounded absurd. At the time people could already download files from the fringes of the Internet but on a very limited scale. And even then, the choice was limited, and transfers were very unreliable.

Creating a network of hundreds, thousands, or even millions of people who would all open up their hard drives to the rest and offer up bandwidth, was something that was entirely alien. ‘Napster’, however, had a feeling that people might be interested.

This feeling was shared by another teenage computer fanatic named ‘Man0War’. The two shared ideas online and eventually decided to meet up.

That’s when Shawn Fanning (aka Napster), who got the Napster nickname for his ‘nappy’ hair, first saw Sean Parker (aka Man0War). Together, they came up with a plan to bring the idea to fruition.

Fast forward a few months and it’s June 1, 1999. What started as a distant vision was now a fully-fledged application that was ready to shake the world. The software, which carried the name of its inventor, Napster, soon found its way to millions of computers all over the world.

From there, things developed quickly. After roughly three months, Napster already provided access to four million songs and in less than a year, 20 million people had downloaded the application.

What started as a simple idea quickly transformed into a multi-million dollar business. The company, which employed several people that were in the w00w00 IRC channel, changed the way millions of people enjoyed music.

For many of Napster’s users, the application represented something magical. It was a gateway for musical exploration that dwarfed even the largest record stores in town. And all for free.

Initially, the novelty concealed the fact that people were not supposed to share their music libraries with the rest of the world, but this would quickly change. Within a year, the RIAA sued Napster Inc. and soon after several artists including Metallica and Dr. Dre followed.

Like most record labels, these artists saw the file-sharing software as a threat. They felt that it would destroy the music industry, which was at its peak at the time. However, there were also more positive sounds from artists who recognized the promotional effect of Napster.

Napster’s users were not concerned about what the labels and artists thought. They were interested in expanding their music libraries. While there are no official numbers, Napster was responsible for a significant portion of the global Internet traffic at the time.

University campuses were soon transformed into file-sharing hotspots. At some campuses over half of all bandwidth was consumed by MP3-sharing students and staff. This eventually led to a ban of the application at several universities, even before copyright issues arose.

Meanwhile, the user base swelled to a peak of more than 26.4 million users worldwide in February 2001. But despite the epidemic growth and backing from investors, the small file-sharing empire couldn’t overcome the legal challenges.

The RIAA case resulted in an injunction from the Ninth Circuit Court, which ordered the network to shut down. This happened during July 2001, little more than two years after Napster launched. By September that year, the case had been settled for millions of dollars.

While the Napster craze was over, file-sharing had mesmerized the masses and the cat was out of the bag. Grokster, KaZaa, Morpheus, LimeWire, and many others popped up and provided sharing alternatives, for as long as they lasted. Meanwhile, BitTorrent was also knocking on the door.

While the aforementioned software was often associated with piracy, Napster had a momentous impact on the development of legal services. People clearly signaled that there were interested in downloading music, so the first download stores were launched, with iTunes taking the lead.

These download portals never came close to what Napster offered though. Many music fans were not interested in buying a few tracks here and there, they wanted millions of files at their fingertips, ready to be played. This included a Swedish teenager named Daniel Ek.

The Napster experience eventually triggered Ek to come up with a legal alternative that would replicate his first experience with piracy. That application was Spotify, which for its part sparked a music streaming subscription boom.

Interestingly, music streaming is now the most important source of income for the music industry. These Napster-inspired services are good for roughly half of all the music revenues worldwide, completing the circle, in a way.

Even the Napster brand, which has switched owners several times, lives on as a music subscription service today, owned by US retailer Best Buy.

Sean Parker is a multi-billionaire now, in part thanks to his early involvement with Facebook. Fanning, aka Napster, is not doing badly either, with a net worth of more than 100 million, much like many other members of the w00w00 IRC channel.

Pirated ‘DVD Screeners’ Will be History After Next Year’s Oscars

The Oscars is the most watched awards exhibit of the calendar year. It is greatly protected in the press and extremely predicted by motion picture followers. In the weeks main up to the awards ceremony, […]

During September 2014, TorrentFreak became aware of a case that had appeared before the Chancery Division of the High Court. IPV 728×90 (set 3) TCYK LLP v British Sky Broadcasting Ltd featured a company behind […]

For motives greatest known to rightsholders internationally, web site-blocking is now 1 of the most favored anti-piracy mechanisms. Use Protection Five yrs ago, Russia decided that it way too would be a part of the […]