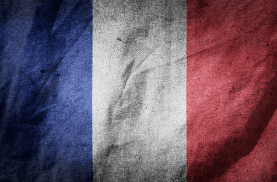 The European Parliament sent a clear signal this week when it adopted the Copyright Directive.

While some MEPs state that they mistakenly pushed the wrong button on the close vote to allow changes to the text, the ultimate vote was clear.

With 348 votes in favor, 274 against, and 36 abstentions, Parliament adopted the Copyright Directive, unchanged. There is still a small chance that negotiations could be reopened if the Council doesn’t approve, but that’s really the last straw.

The French Government, however, is done waiting and is moving full steam ahead.

In a speech at the Series Mania Festival in Lille, French Minister of Culture Franck Riester described the outcome of the vote as a breakthrough. Despite fierce protects, Europe stood tall and seized a historic opportunity to bring copyright into the digital age, he said.

“Despite intense and unprecedented pressure from the tech giants, despite massive campaigns of misinformation on social networks, Europe has held up well. Europe has not yielded. Europe has resisted.”

The Minister sees the Copyright Directive as an essential piece of legislation. It won’t change anything for Internet users, he told the audience, but it will change the lives of millions of creators.

Article 13, which was confusingly renamed to Article 17 in the final text, will ensure that Internet platforms, YouTube in particular, will have to pay fair compensation to rightsholders.

“This is the first step towards greater accountability of platforms; towards a better sharing of the value that’s linked to the distribution of works online, for the benefit of creators,” Riester said.

“In the future, YouTube will have to correctly compensate the creators whose works are broadcast on its platform,” the Minister added.

France could have implemented similar legislation without Europe. However, the Minister of Culture stresses that a Europe-wide agreement is important. Large Internet platforms can’t circumvent that by simply blocking a single country.

With backing from the European Parliament, France now plans to move forward, without wasting any time.

“I want us to transpose the Copyright Directive and enter it into force as soon as possible,” Riester noted.

Most of the text will be transposed into the new ‘Audiovisual law,’ an anti-piracy law which the Government expects to present this summer. This includes including Article 13/17.

Under the article, many for-profit Internet platforms are required to license content from copyright holders. If that is not possible, they have to ensure that infringing content is taken down and not re-uploaded to their services.

While ‘upload filters’ are not specifically mentioned, that’s what most opponents fear. In his speech, the Minister doesn’t mention upload filters either. However, he does reference the Government’s “mission to promote and supervise content recognition technologies.”

The French news site NextInpact reports that this mission will be entrusted to Hadopi, the National Film Center, and the Superior Council of Literary and Artistic Property (CSPLA). Interestingly, the mission letter is dated March 1st, long before this week’s vote.

Besides transposing the Copyright Directive into national law, the French will also propose a variety of other anti-piracy measures in the new Audiovisual law. According to Riester, it will help to “relaunch the fight against piracy.”

France has been on the anti-piracy enforcement frontline for years and was the first country to introduce a ‘three strikes’ system for file-sharers. Today, however, most piracy is streaming related, which requires a different approach.

Since classic pirate sites are not going to comply with any laws, France will introduce a national blacklist to target the streaming piracy epidemic.  This blacklist will cover clearly infringing sites, while making sure that these are not accessible through mirrors either.

The final text of the new anti-piracy law is expected to be introduced this summer.

In 2017, the recently fashioned anti-piracy group Alliance for Creative imagination and Enjoyment (ACE) introduced its presence to the globe. Headed up by the classic studios of the MPA as well as Netflix and Amazon, […]

For more than a decade, alleged file-sharers around the world have been pressured to pay significant settlement fees. FireTV These so-called copyright-trolling efforts are fairly straightforward. Copyright holders obtain a list of ‘pirating’ IP-addresses and […]

There are numerous differences when it comes to traditional RAM and flash storage. While both might be using solid state technologies, RAM is known to be much faster, costly, and speedy. With new solutions like Intel Optane DC Persistent […]