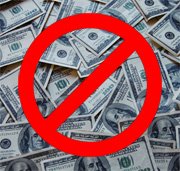 While the vast majority of movie and TV show piracy occurs on the Internet today, back in the mid 1980s it was VHS and Betamax tapes causing headaches for copyright holders.

Desperate to rein in what then-MPAA head Jack Valenti described as the Bostom Strangler of the movie industry, the video cassette recorder (VCR) found rivals on both sides of the Atlantic. In Germany, that role fell to Gesellschaft zur Verfolgung von Urheberrechtsverletzungen (GVU), the Society for the Prosecution of Copyright Infringement.

Between 1985 and 2010, GVU grew to become a major anti-piracy force in Germany. Boasting around 50 members, including the major Hollywood studios, music industry groups and video games companies, GVU’s reputation was certainly on the up. In 2011 it played its biggest role yet as a key player in the Europe-wide raids targeting Kino.to, one of Germany’s most infamous piracy portals, and the prosecutions that followed.

Since then GVU has been involved in various major actions, including against the alleged operators of Kinox.to, a site that stepped in following the demise of Kino.to. In 2014, GVU upped the ante again with an investigation and subsequent anti-piracy operation targeting pirate linking forum Boerse.bz during which a reported 121 homes were raided.

Even beyond then, GVU kept its foot on the gas. In 2019 and following a GVU-led investigation, two men were jailed for a total of 66 months for running a Usenet portal and during the same year, the anti-piracy group was the driving force behind the operation that took down Share-Online.biz, Germany’s largest file-hosting site.

In the background, however, all was not well at GVU. In 2018, the MPAA (now MPA) withdrew its significant funding from GVU. The move wasn’t entirely unexpected as two years earlier the Hollywood group had withdrawn funding for the UK’s Federation Against Copyright Theft, instead choosing to pursue its copyright-infringing adversaries via the nascent Alliance For Creativity and Entertainment.

Danger signs became more obvious at the end of March 2020 when German news outlet Tarnkappe received news from several sources that GVU was in trouble and might even cease to exist in the near future. Despite repeated attempts, GVU had effectively become unreachable and this week, the anti-piracy group’s fate was confirmed.

According to a posting on the Berlin Consumer Protection forum, an insolvent GVU filed for bankruptcy at the start of April, appointing a Berlin lawyer as an insolvency administrator.

While the loss of the Hollywood studios as major financiers of GVU would’ve come as an extreme blow to the organization, Tarnkappe speculates that GVU’s focus on criminal cases was a key factor in rendering the outfit financially unviable.

While the cases pursued by GVU were sometimes dramatic, even historically so, they always took a long time to come to fruition and with no enforcement in the civil realm to bring in settlements and similar types of revenue, the writing was already on the wall when a more powerful and versatile ACE began to make waves all over the Internet.

Indeed, on what would’ve been GVU’s exclusive stomping ground, ACE recently shut down several German-based piracy giants including Openload, Steamango and VeryStream, all with civil settlements that fell outside of GVU’s remit.

From: _, for the latest news on copyright battles, torrent sites and more. We also have an annual VPN review.

Roku accidentally cut off person access to Netflix and YouTube this 7 days, as aspect of an anti-piracy push long gone completely wrong. Some people trying to entry the two video clip applications ended up […]

About the past many several years there has been an explosion of piracy applications that operate on cell products, typically on the Android platform. Use Protection Most of the significant-title piracy apps these kinds of […]

As the use of unlicensed IPTV services continues to gain popularity with consumers around the world, content owners and broadcasters are faced with a growing illicit market to disrupt. Kodi As a result, copyright infringement […]