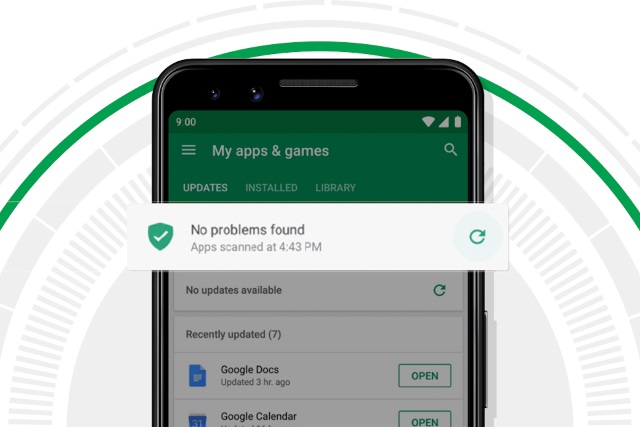 Google has published its fifth Android Security & Privacy Year in Review, this time looking back at 2018.  While the report draws attention to some of the security and privacy improvements the company has made, it is not just about Google blowing its own trumpet.

The report shows that pay-outs made through Google rewards programs — payments made to outside researchers and individuals for bringing security issues to the company's attention — reached $3 million in 2018. Google also says that in the fourth quarter of the year, 84 percent more devices received a security update than in the same quarter in 2017.

There is a lot of information to digest from the report, but the general sense is that the security of the Android platform has improved — although it is really Google's own Pixel devices that benefit from the best security. One of the standout statistics that Google focuses on in the report is the way in which Google Play Protect has helped to cut down on malware and Potentially Harmful Applications (PHAs):

Check out the video below in which Dave Kleidermacher, vice president of Android Security & Privacy, talks about some of the highlights of this year's report:

If you fancy reading through the full report, you can find it here.

Surf the Web Without a Trace. It takes more than a private internet browser to go incognito. We’ll make your real IP address disappear so that your online activity can’t be tracked. Our strict zero-logs […]

Since the turn of the last decade, numerous people have been accused in US courts of illegal file-sharing. Initially, these lawsuits targeted hundreds or thousands of BitTorrent users per case, but this practice has since […]