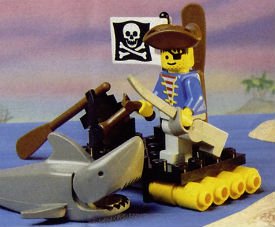 Australian entertainment company Village Roadshow has been on the anti-piracy frontlines for several years.

Where most Hollywood studios hide behind the MPAA, Village Roadshow, and its CEO Graham Burke in particular, have lashed out against pirates and their facilitators on numerous occasions.

The company has repeatedly lobbied for tougher copyright legislation down under, for example. And it’s one of the driving forces behind the recent wave of blocking orders against Australian ISPs.

As CEO,  Burke is known for his frontal attacks on Google, accusing the search engine of  “facilitating crime” and using “stolen movies” to lure visitors. Pirate site operators are no better off, as they were compared to heroin dealers by the outspoken movie boss.

“We are sending our kids to very dangerous online neighborhoods — the pirates are not good guys,” Burke said previously. “These aren’t roguish, basement-dwelling computer geeks — these are the same type of people that sell heroin.”

This ‘passion’ is understandable for a man who’s been linked to the company for more than 60 years. It’s his life’s work, to a certain degree, and the sight of people sharing ‘his’ movies without paying is clearly something that frustrates and angers Burke.

Even some of the most hardcore pirates may be able to sympathize with this stance but while Burke condemns pirates, site owners, search engines, ISPs, and various other players, the role of his own company shouldn’t be ignored.

Research has shown time and again that, when people can’t see a movie or TV-show legally, they turn to illegal sources. Just last month a New Zealand study found that people don’t want to break the law, pointing out that “availability” of legal content is a crucial factor.

Even Burke himself realized this years ago. In 2014 his company released The LEGO Movie weeks after it premiered in other countries because it wanted to premiere the film close to the holiday season. That decision backfired badly.

“It was a disaster,” Burke later said at a Government initiated panel discussion about copyright issues. The CEO admitted that the company’s decision facilitated piracy, and he promised to not significantly delay future releases.

“It caused it to be pirated very widely. As a consequence – no more – our policy going forward is that all our movies will be released within the time and date of the United States,” Burke added.

The humbling comments suggested that Village Roadshow had learned from its mistake.

However, two years later, when the LEGO: Batman movie came out, Burke’s wise words rang hollow. Again, Australians had to wait more than six weeks longer than people in the US and other countries. Needless to say, Australians were not happy.

Perhaps Burke forgot about his earlier statements. Surely, when The LEGO Movie 2 was released, things would go better, not least due to the film, like the first one, being created partly in Australia.

That was idle hope.

The LEGO Movie 2 premiered in the US and various other countries early February, but in Australia, it has yet to appear in theaters. The official release date is set for March 21, again more than six weeks after the US release.

Burke previously admitted that such a delay was “a disaster” which causes movies to be “pirated very widely,” so it’s a mystery why this scenario keeps repeating itself.

This week the situation got even worse for the company as a high-quality release of The LEGO Movie 2 appeared on pirate sites. This pirated copy doesn’t come with any artificial delays or restriction for Australians.

Let it be clear that a release delay doesn’t entitle anyone to pirate a film. Village Roadshow is the rightsholder and it’s entirely up to them when they want a film to premiere.

That said, delays certainly don’t help to keep people away from pirate sites. Burke himself previously admitted that holding back a movie release can lead to more piracy.

Availability is an important determinant for piracy, after all.

However, Village Roadshow apparently believes that their release schedule will increase revenue. The March 21 date is closer to the Australian holidays, which is likely the main reason.

But, if Village Roadshow demands far-reaching anti-piracy measures from lawmakers, while asking Google to do everything in its power to stop pirates, shouldn’t we expect the same from Village Roadshow? Right now, they’re keeping piracy ‘alive.’

During September 2014, TorrentFreak became aware of a case that had appeared before the Chancery Division of the High Court. TCYK LLP v British Sky Broadcasting Ltd featured a company behind the Robert Redford movie […]

Before this yr we claimed on a brand name new anti-piracy initiative with an goal to shut down 200 skillfully-operated tunes piracy web-sites. Use Protection Headed up by anti-piracy business AudioLock, songs distributor Label Worx, […]