Always fancied a Raspberry Pi, but haven’t quite got around to it? With so many versions of the board, it’s easy to get distracted. Is the Raspberry Pi 3 B+ what you’re looking for? Or should you consider the earlier Raspberry Pi 3, or the later Raspberry Pi 4?

Here’s everything you need to know about choosing the Raspberry Pi 3 B+.

What’s the Difference Between a Raspberry Pi B and B+ Model?

If you’ve been looking into buying a Raspberry Pi, you may have noticed a strange naming convention. The letters A, B, and B+ follow most models of the Pi (except the Pi Zero and Pi Compute) but what do they mean? 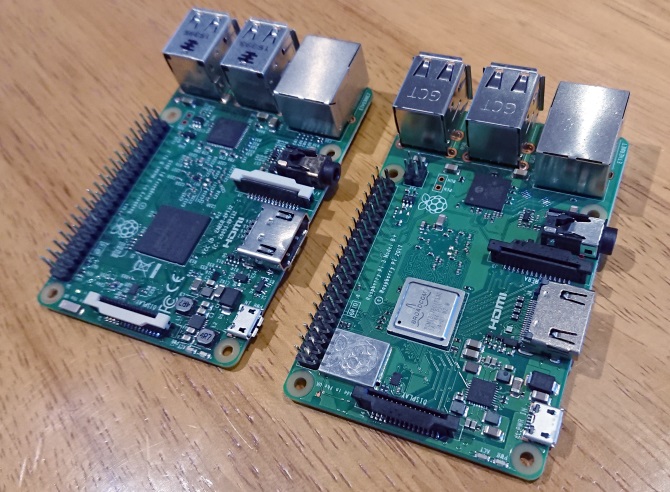 Well, they basically refer to the board. The original Raspberry Pi used the credit card B board, quickly followed by the slight smaller and squarer A board. Revisions to the B board over the years have seen the use of the B+ name. With the Raspberry Pi 3 models, the B+ name indicates a superior specification while retaining most of the same hardware.


The Raspberry Pi Board Guide: Zero vs. Model A and B


The Raspberry Pi Board Guide: Zero vs. Model A and B
With so many different Raspberry Pi models, how do you know which one to buy? Our ultimate guide tells you everything you need to know!
Read More

for more about these differences.

Despite the low power of the early versions of the Raspberry Pi, these days the choice is much better.

Each of these models is affordable, with the boards available for under $50 apiece.

The Raspberry Pi 3 B+ offers improved specs over the previous versions and better OS and software support than the Raspberry Pi 4. This is likely to change as developers upgrade their software, however.

If you’re interested in the later version, see our guide to the Raspberry Pi 4


Why Everyone Should Try the Raspberry Pi 4: New Features and Impressive Specs

Raspberry Pi 3 B vs. B+ Specifications

Planning to buy a Raspberry Pi 3 or Raspberry Pi 3 B+? As both devices are similar in price, your decision will probably be swayed by the specification of the boards. 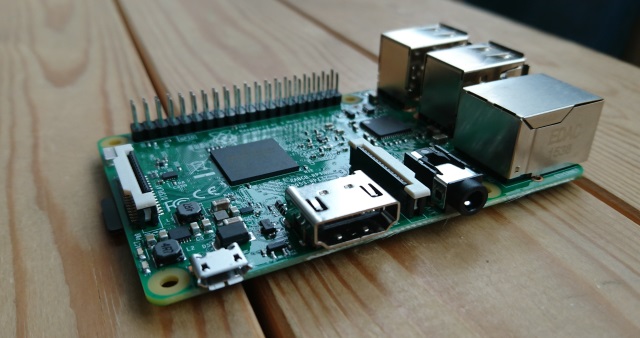 All of this makes the Raspberry Pi 3 B ideal for pretty much any task. As the first Raspberry Pi with built-in wireless, the Pi 3 B is the first genuine upgrade for the platform. 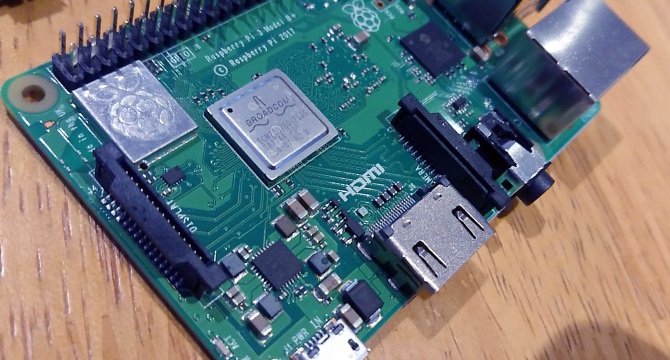 Most other hardware is the same as the previous model, but there are some interesting differences. For instance, the dual-band 802.11ac wireless LAN (2.4GHz and 5GHz) and Bluetooth 4.2 is faster than the previous model.

With faster Ethernet, wireless, and wired network throughput has been increased by around three times. That is impressive. However, keep in mind that all devices connected via USB (including the Ethernet) will share the single port USB bus, limited to a total of 480Mbps.

Under the hood, there is also improved PXE network booting, while anyone using a USB mass storage device


How to Make Raspberry Pi 3 Boot From USB


How to Make Raspberry Pi 3 Boot From USB
The Raspberry Pi is a versatile piece of kit, capable of a diverse range of tasks. But it has one glaring flaw: the inability to boot from USB. Until now, that is.
Read More

will also benefit from better booting. The Pi 3 B+ also boasts improved thermal management, which should offer some new overclocking possibilities. Heatsinks and other cooling will no doubt be required!

First Impressions of the Raspberry Pi 3 B+

Several subtle changes have been made to the Raspberry Pi 3 B+. Most obvious is the heat spreader atop of the SoC, which resembles a small Pentium 4 (or later) CPU. While a heat spreader can be used with a heatsink, they’re typically used alongside a system fan. 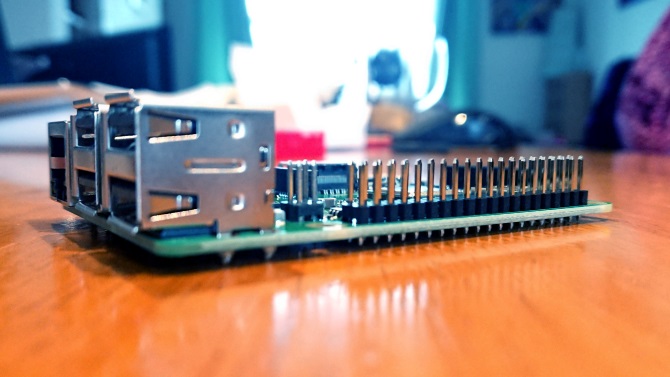 You’ll probably also notice the metal shield that sits around the improved Wi-Fi and Bluetooth chip. The reason? Well, it’s been embossed with a Raspberry Pi logo, which we think you’ll agree looks rather fetching.

Also, look out for the new Power over Ethernet (PoE) four pin connector, between the GPIO and USB ports. The purpose of this is to provide power to the Pi (alongside data) from a special Ethernet cable. You can buy a HAT board to adapt the 48V from a PoE supply to a Pi-friendly 5V.

You’ll spot the improvements in the Pi 3 B+ early on. Media center projects run much better, and the system overall certainly feels faster.

Some previous Raspberry Pi upgrades have resulted in compatibility issues, mainly with cases and power supplies. This time around, it looks as though some effort has been made to maintain the previous form factor insofar as USB and other ports are concerned. I’ve successfully installed my own Pi 3 B+ into a case intended for the Pi 3, so this is good news.

As with any Raspberry Pi, you should ensure that you are using a suitable microSD card


How to Pick & Buy the Best SD Card for Your Needs


How to Pick & Buy the Best SD Card for Your Needs
What kind of SD card is right for you? Not all of them are the same, after all. Here are the minimum specs you should aim for depending any given activity or need.
Read More

. These flash memory devices get a lot of punishment from the read/write cycles, so ensuring you have one that is fast, and with good error correction software, is important. Check out our guide for buying the right SD card for details.

Similarly, the right power supply is crucial to your Raspberry Pi’s performance. While many are available, it’s hard not to recommend the official power supply. For reliability, these are perfect.

What About the Other Raspberry Pis?

As far as we know, the other Pi models are continuing production. The Raspberry Pi Foundation has stated that it will “keep building these models for as long as there’s demand,” noting the importance of the models for industrial customers.

With two versions of the Raspberry Pi 3 B, it can be difficult to settle on the right model. As such, you might be inclined to just opt for the cheaper model (although there’s not much in it) or order the better device.

It can be tricky making this choice, but as good as the Pi 3 B is, any initial issues with software and the Pi 3 B+ have been resolved. Throw in better networking support and faster processor, and the Raspberry Pi 3 B+ makes better sense than the immediate predecessor.

Of course, you should buy a Raspberry Pi based on the demands of the project you have in mind. If your plans don’t require optimum network speeds, the earlier Raspberry Pi 3 B should suffice.

Raspberry Pi 3 B+: Superb and Worth the Upgrade 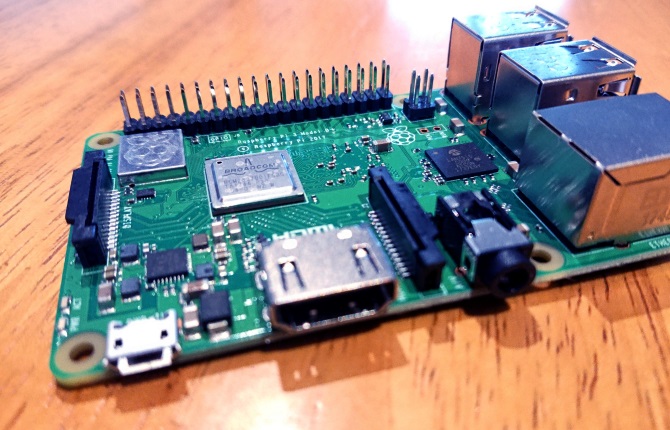 With its improved hardware spec and potential for enhancing existing projects, the Raspberry Pi 3 B+ is superb. In short, unless you’re looking for a smaller, lighter computer the Pi 3 B+ is a smart choice. It’s also simpler than wasting time trying to decide which version of the Raspberry Pi 4 you want to buy.

Just look at the potential as a desktop replacement/thin client, Kodi box, and retro gaming device! With a new version of Raspbian to accompany the new computer, the Raspberry Pi marches on. Looking for a project for your Raspberry Pi 3 B+? Check our guide to the best Raspberry Pi projects


26 Awesome Uses for a Raspberry Pi


26 Awesome Uses for a Raspberry Pi
Which Raspberry Pi project should you start with? Here's our roundup of the best Raspberry Pi uses and projects around!
Read More

The “repeat infringer” issue remains a hot topic in US Courts, leading to much uncertainty among various Internet services. Under the DMCA, companies are required to implement a reasonable policy to deal with frequent offenders. […]

Kodi Kodi Use Protection Virtual reality gaming is on the rise. Mobile gaming is increasingly popular. Playing MMOs with headsets for voice chat and streaming the experience is all the rage. Travel Experts predicted all […]