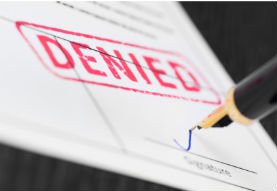 In recent years, file-sharers around the world have been pressured to pay significant settlement fees, or face legal repercussions.

As the most active copyright litigant in the United States, adult entertainment outfit Malibu Media has been on the frontline of these efforts in recent years..

The company, widely known for its popular “X-Art” brand, has gone after thousands of alleged offenders. Many of its targets eventually pay up and those who fail to respond can face costly default judgments.

New Jersey resident Joe Park found himself in the latter category. The man was named in a Malibu Media lawsuit last year and failed to respond. Not just to the settlement requests, but also to the lawsuit filed at the New Jersey District Court.

Without a response, the complaining party can request a default judgment. This is exactly what Malibu Media did. It submitted a motion arguing that it’s entitled to $10,500.00 in statutory damages for copyright infringement and an additional $559.99 in costs.

In many cases, courts grant default judgment requests, as there is no defense. This has allowed Malibu Media to collect dozens, if not hundreds of default judgments. However, in the present matter, U.S. District Court Judge John Michael Vazquez decided otherwise.

In an opinion released this week, Judge Vazquez denied the motion, concluding that Malibu Media isn’t entitled to anything.

The denial is based on a culmination of rulings in similar BitTorrent piracy cases. While Malibu Media portrayed the defendant as a persistent copyright infringer, the Court is far from convinced.

“The Court is not satisfied that Plaintiff has sufficiently demonstrated that the named Defendant actually committed the complained of acts of infringement,” Judge Vazquez writes.

The Court doesn’t deny that it has jurisdiction or that the defendant was properly served, as it required. However, after reviewing several relevant decisions in similar cases, it is not convinced that there is enough evidence to show that the defendant is liable.

Among other things, the opinion cites a ruling from U.S. District Judge Royce Lamberth, who previously denied a subpoena requested in a similar case filed by Strike 3. This highlighted that the IP-address evidence used in these cases is “famously flawed” and not trustworthy.

Judge Lamberth also criticized the litigation effort in general, accusing the “copyright troll” practice as a “high-tech shakedown” where courts are used “as an ATM.”

Judge Vazquez further cites last year’s Cobbler Nevada v. Gonzales case. Here, the Ninth Circuit Court of Appeals concluded that identifying the registered subscriber of an IP-address by itself is not enough to plausibly claim that this person is also the infringer.

“Plaintiff will have to show something more than merely tying Defendant to an IP address in order to sufficiently establish copyright infringement,” Judge Vazquez notes.

This ‘something more’ can be quite a stumbling block for these cases, as the rightsholders often have little or no evidence to tie the infringements to a person, other than an IP-address.

The Court realizes that this puts Malibu Media in a tough spot, but sees no other option than to deny the motion for a default judgment.

The ruling is significant in the sense that, without any defense arguments from the accused pirate, a court refused to grant a default judgment. While this is by no means the end of these type of lawsuits, it certainly represents another setback for the ‘copyright troll’ efforts.

There are 1000’s of businesses and persons involved in the supply and sale of ‘pirate’ IPTV solutions all over the world. These subscription packages routinely grant access to hundreds and even countless numbers of or […]

U.S music and movie industry companies have exported their pirate site blocking scheme to countries all over the globe. Kodi These efforts have been quite successful and decreased the number of visits to pirate sites, according […]