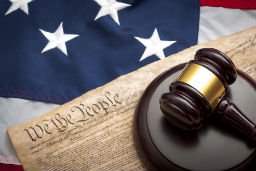 In recent years, file-sharers around the world have been pressured to pay significant settlement fees or face legal repercussions.

These so-called “copyright trolling” efforts have been a common occurrence in the United States for roughly a decade, and they still are.

Malibu Media, the Los Angeles-based company behind the ‘X-Art’ adult movies, is behind many of these cases. The company has filed thousands of lawsuits in recent years, targeting Internet subscribers whose accounts were allegedly used to share Malibu’s films via BitTorrent.

These cases generally don’t make it to trial and there are several examples where the rightsholder opted to voluntarily dismiss a case when a defendant pushed back. This is also what happened in a lawsuit that was filed against Tim McManus.

The adult entertainment company named McManus in a complaint last year and later added his company Greenwood Digital as well. However, these defendants were not intent on settling and fought back. They filed a counterclaim for “abuse of process” against Malibu Media and requested discovery.

The defendants were ready to fight the case on its merits as that would help them to clear their names. However, Malibu Media then decided that it would no longer pursue the case.

While we have seen such voluntary dismissals in the past, in this case, the adult entertainment company gave a rather unique explanation. It informed the court that it chose not to continue because the defendants are “IT professionals” who know how to hide infringing activity.

“Plaintiff has elected not to pursue its claim against Defendants as present evidence does not support the time and expense that would be incurred in an attempt to bear out Defendants’ infringer status as a direct or contributory infringer as it appears the Defendants are sophisticated IT professionals with the knowledge to hide infringing activity.

“For this reason, and to conserve judicial resources and prevent unnecessary expense for the parties, Plaintiff respectfully requests that this Court dismiss with prejudice Plaintiff’s claim against Defendants,” Malibu Media added.

In essence, Malibu argues that it’s not financially feasible to pursue the matter because the IT company can, presumably, hide any infringing activity despite the evidence it has collected.

McManus and his IT company deny these accusations and believe that the rightsholder didn’t have any proper evidence to begin with.

They are not happy with this request for a dismissal, as it will make it harder for them to clear their name and get compensated for the costs they have incurred thus far in their defense. They made this clear in a filing submitted to the District Court of New Jersey yesterday.

According to the defendants, the allegations made by Malibu Media have led to both financial and reputational damage. They request the court to deny the motion to dismiss, allowing the case to be fought on its merits.

“Defendants have been severely prejudiced by being forced to expend substantial sums of money and time to defend against plaintiff’s claims and pursue their Counterclaims.  In addition, by the mere existence of plaintiff’s lawsuit against defendant Tim McManus, Mr. McManus’s reputation and ability to secure business have been negatively affected,” the defendants argue.

In an additional certification, defendant Tim McManus writes that the case has harmed his reputation. Among other things, he says that the false accusations were brought up by one of his students at Fordham University.

“It is a challenge explaining to the students that I did not download the titles outlined in the plaintiff’s Complaint. These accusations have harmed my reputation since I cannot say (yet) that I won a favorable judgment in the case,” McManus writes.

McManus stresses that his company is also harmed by the case and wants to fight the allegations in court so he can properly refute the claims. If the case was simply dismissed, as Malibu wants, that wouldn’t be an option.

It is now up to the court to decide whether this case will be dismissed or whether McManus and his company will have the chance to clear their names and request compensation.

A copy of the defendant’s opposition is available here (pdf). The matter is currently scheduled to be discussed in a court hearing later this week.

For some time, the world’s leading record labels have complained that YouTube doesn’t pay the going rate for musical content streamed to its users. Kodi However, when consumers use so-called YouTube-ripping sites to obtain content, […]

Hurricane Electric powered (HE) is one of the important community vendors on the world wide Online. The company operates the biggest IPv6 backbone which facilitates Online connectivity to people all around the planet. Unlike customer […]

A standard situation showcased listed here on TorrentFreak will usually attribute firms, anti-piracy groups, web-site operators and/or users of the public battling it out in the legal arena thanks to another person allegedly infringing another […]