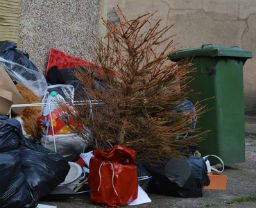 At the end of the year, movie industry insiders traditionally receive their screener copies, which they use to vote on the Oscars and other awards.

As is tradition, quite a few of these advance screeners copies will leak onto various pirate sites.

In recent years release group Hive-CM8 has drawn quite a bit of attention, due to both the timing and volume of their releases.

Movie pirates were particularly well-served three years ago. On and before Christmas, high-quality copies of some of the hottest Hollywood productions appeared online, with some titles even beating their official theatrical release.

Following massive outrage from Hollywood, release group Hive-CM8 offered an apology, promising not to release any movies too early in the future. And indeed, in the two years that followed the bulk of the screener copies leaked after the new year.

This season, no screeners have been sighted at all. That’s not a record yet, which goes to 2016/2017 when it took until January 3rd, but it’s clear that pirates are growing impatient.

A quick scan through various pirate sites, and even on social media, shows that the hopes of some were dashed this Christmas. As always, the anticipation already started days before the festivities kicked off.

Apparently, some people associate Christmas with screener leaks, or the other way around.

Then there are those who push their luck even further by putting several titles of screener leaks on their wishlist for Santa. In this case, it includes The Favourite and Suspiria.

Some more words of encouragement followed on Christmas day, but it soon became clear that neither strategy paid off.

No word has come from Hive-CM8 or any other release group this year. The question that remains is whether they are holding back, or if there’s simply nothing to release, yet. 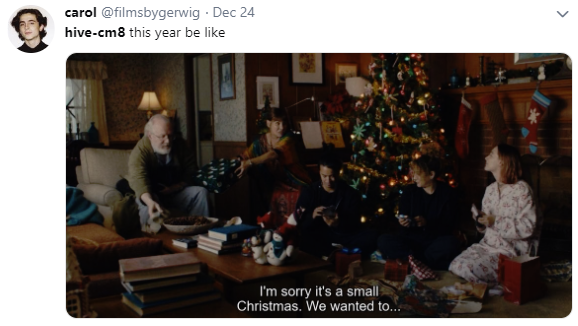 At TorrentFreak we have no further details on the matter. However, what we can say is that for well over a decade multiple screener copies have ended up online. So a season without screener leaks would be truly unprecedented.

The most likely scenario is that the groups aren’t ready yet, or they’re delaying releases intentionally, something Hive-CM8 hinted at in the past.

Whatever the reason is, after Christmas the disappointment slowly started to turn into more impatience and anger on social media. 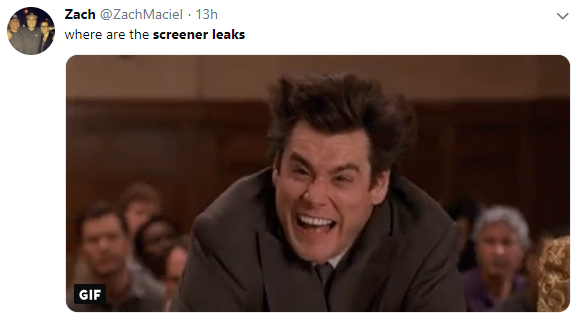 Others are handing this round to Hollywood…

Who will be the ‘winner’ at the end of the screener season has yet to be determined though.

After the 2016/2017 season, this has been the longest screener draught in recent history. However, in that year well over a dozen screener copies eventually leaked online.

The “repeat infringer” issue is a hot topic in US Courts that has resulted in several lawsuits already. Kodi Under the DMCA, companies are required to implement a reasonable policy to deal with frequent offenders. […]

Increasingly, people are canceling their expensive cable subscriptions, opting to use cheaper or niche-based Internet TV instead. Travel While there are plenty of legal options available, there’s also a broad offer of easy-to-use set-top boxes […]

Fake News is Coming? Game of Thrones Pirates Are Going to Jail

In case anyone hadn’t noticed, a new series of Game of Thrones started last week. That meant hundreds of articles about the show, especially since this is probably its last hurrah. IPV-Sports-728×90 We too did […]