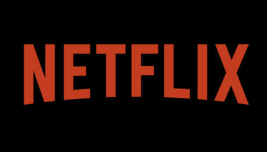 Compared to many other companies in the video industry, Netflix traditionally had a fairly pragmatic approach to the piracy phenomenon.

Now, however, with billions of dollars being spent creating its own content, the company is a major player in the Alliance for Creativity and Entertainment (ACE), a global anti-piracy coalition with considerable influence.

According to a March 2018 report, by 2020 the company will have more than 546,000 customers in the Thailand. However, piracy is rampant in the country, something that has led to its placement on the USTR’s Priority and regular Watch Lists in recent years.

To help alleviate this situation and help companies including Netflix, this week the government launched a brand new anti-piracy agency located within the Office of the National Broadcasting and Telecommunications Commission (NBTC).

“The Royal Thai Police (RTP) and the Office of the National Broadcasting and Telecommunications Commission (NBTC) have been charged with a cooperative mission to suppress and prevent the proliferation of counterfeit products and online piracy,” an NBTC statement reads.

“This follows a number of expressions of serious concern from international allies such as the US, Japan, and others whose domestic companies’ IP rights are being infringed in the form of counterfeit handbags, clothes, makeup, electronic devices, and digital piracy.”

During a press conference marking the launch of the Center of Operational Policing for Thailand Against Intellectual Property Violations and Crimes on the Internet Suppression (COPTICS), it was noted that the current procedure (which can sometimes take more than six months from initial complaint through to a court issuing a blocking order) is considered inadequate.

The mission now is to massively speed up the process, with the lofty aim of having sites blocked within a few days of receiving a complaint. Netflix, it appears, will be one of the first companies to test the new system.

It is not yet clear which platforms have been reported to authorities but according to the government, the content companies must first complain to TACTICS, Thailand’s Action Taskforce for Information Technology Crime Suppression.

Once the copyright complaint has been received and accepted by the police, it will be progressed to the NBTC which will order local Internet service providers to block offending websites and URLs. Once blocks are put in place, police and the NBTC will “monitor and implement proceedings against offenders.”

According to NBTC secretary-general Takorn Tantasith, 2,000 allegedly infringing sites and/or URLs were reported to the authorities between August and December this year, but only 20% were blocked. Just last week, police filed complaints against 744 sites with the NBTC, but just 47 were blocked in that instance.

Curiously, the reason given by Takorn for the low number of blocks is that the remainder “are encrypted from abroad” meaning that they cannot be blocked locally by ISPs, something which is hard to believe. Provoking even more interest is that the majority of the sites are claimed to be run “by Google, YouTube, and Facebook.”

According to Bangkok Post, NBTC has asked representatives of the US embassy to invite management teams from these companies to conduct talks with Thai authorities to address the problems.

In decades absent by, big film and Tv show providers would regularly staff up below the umbrella of the Movement Picture Association of The usa to just take action versus pirate websites and companies. Kodi […]

Manga, Scanlation, and The Curious Case of The ‘Pirating’ Anti-Piracy Advocate

Manga comics and magazines are particularly well known. Early on this was mostly minimal to Japan but these days it’s a world-wide phenomenon. IPV-Sports-728×90 In portion, this globally achievements was facilitated by piracy. We use […]