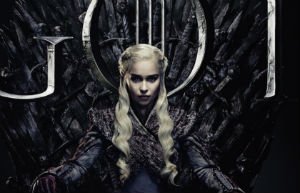 Several hours before its official premiere, the second episode of the latest Game of Thrones season is already widely available on torrent and streaming sites.

According to reports from several viewers, the German version of Amazon Prime accidentally made the episode available on the platform a few hours ago.

Apparently, the second episode of the season simply started playing after the first one finished.

After this mistake, it didn’t take long before someone ripped the show, and soon after many links to pirated copies started to appear on the usual torrent and streaming sites.

This isn’t the first time that a Game of Thrones episode has been released early. The popular HBO series has a long history of leaks. The most prominent one dates back to 2015 when the first four episodes leaked from a promotional screener.

In 2017 a Game of Thrones episode leaked with a “Star India” watermark. This eventually led to the arrests of four people.

Today’s leak appears to be a mistake by Amazon, but the result is ultimately the same. Pirates will get an early viewing of the latest episode, before those who pay, and spoilers are being widely shared online.

For several years in a row Game of Thrones has been the most pirated TV-show, and this year the interest is overwhelming once again. Data published by piracy tracking company MUSO earlier this week showed that the first episode of this season was pirated 54 million times in just one day.

How to Watch ‘ACM Presents: Our Country’ Live Online

by way of CBS With the ACM Awards effectively postponed owing to the Coronavirus pandemic, there is a new show ready for us, as it seeks to keep us entertained. ACM Presents: Our State will […]

by way of Showtime There is a new Penny Dreadful show in town, and we are super eager to view it. Penny Dreadful: City of Angels is kicking off soon on Showtime, and we want […]