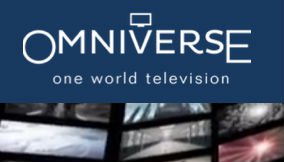 Under the flag of anti-piracy group ACE, the companies accused Omniverse and its owner Jason DeMeo of supplying pirate streaming channels to various IPTV services.

According to ACE, these channels are offered without permission from its members. As such, the company was branded a pirate streaming TV supplier. However, Omniverse disagrees with this assessment.

In a new court filing, the company requests the California federal court to strike any comparisons to services such as “Dragon Box,” stating that these are “scandalous” and “immaterial.”

Omniverse explains that it’s a technical provider for the licensed cable company Hovsat, which has a long-standing agreement with DirecTV to distribute a broad range of TV-channels with few restrictions.

“The contract between Hovsat and DirecTV has no limitations with regard to geographic markets, nor innovating with regard to delivery method,” Omniverse informs the court.

The streaming service provider believes that the license allows it to offer these channels to third-party companies.  ACE clearly disagrees and has branded the company a pirate service, similar to the streaming box vendor Dragon Box.

This comparison is rejected outright by Omniverse, which stresses that it operates entirely differently from Dragon Box.

“Comparisons between Omniverse and Dragon Box are immaterial because Dragon Box is a hardware device utilizing software to search and link pirated content and Omniverse is a marketing partner of a cable company,” the company writes.

Also, Dragon Box recently admitted that it offered copyright infringing software and settled its lawsuit with ACE for $14.5 million in the same court. Any comparisons may, therefore, be damaging for Omniverse.

“Comparisons between Omniverse and Dragon Box are also scandalous because comparing the two unlike entities damages Omniverse through guilt by (misplaced) association,” Omniverse writes.

The streaming service provider requests the court to strike all comparisons to Dragon Box. In addition, it would like ACE to update its complaint to clarify what the problem is.

If ACE accuses Omniverse of outright piracy, similar to Dragon Box, it should say so in the complaint. However, if it argues that Omniverse went beyond the authority of the Hovsat license, all Dragon Box mentions should be dropped.

This clarification will also help Omniverse to prepare a proper defense, the company argues. A classic piracy lawsuit is different from a lawsuit about a licensing dispute, it says.

The court has yet to respond to the request from Omniverse. It is clear, however, that the Hovsat license will play an important role in this case.

A few days ago the court signed two subpoenas that are directed at Hovsat and DirecTV. The subpoenas were requested by ACE, which is looking for information about agreements between Omniverse, Hovsat, and DirecTV.

A copy of Omniverse’s motion to strike the scandalous claims, as well as other requests, is available here (pdf).

In March quite a few significant audio companies sued Charter Communications, one particular of the greatest Net suppliers in the US with 22 million subscribers. Use Protection Assisted by the RIAA, Capitol Information, Warner Bros, Sony New […]

Dedicated fans of top-tier soccer (or football, as it’s more widely known in Europe) who don’t attend matches generally have to pay for the privilege to watch on TV. IPV-Sports-728×90 In many countries, the only […]