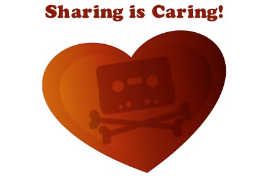 Most people know all too well that it’s against the law to share a pirated copy of a movie or TV-show.

However, law and ethics are not always in sync. Not even among those who are schooled as lawyers.

This is the conclusion of an intriguing new study conducted among Harvard lawyers by Prof. Dariusz Jemielniak and Dr. Jérôme Hergueux. The research, published in The Information Society journal, found that many lawyers believe that casual piracy is ethically acceptable.

The researchers polled the perceptions of more than 100 international Masters of Law (LL.M.) students at Harvard, who all have a law degree. They were asked to evaluate how acceptable various piracy scenarios are, on a five-point scale going from very unacceptable to very acceptable.

The piracy scenarios ranged from downloading a TV-show or movie which isn’t legally available, through pirating music to simply save money, to downloading content for educational or even commercial purposes. In total, 19 different alternatives were presented.

While the researchers expected that lawyers would have conservative ethical positions when it comes to piracy, the opposite was true. The average of all answers was 3.23, which means that it leans toward the “acceptable” point of the scale.

“We find that digital file sharing ranks relatively high in terms of ethical acceptability among our population of lawyers—with the only notable exception being infringing copyright with a commercial purpose,” the researchers conclude.

Not all forms of piracy were considered equally ethical. Pirating content because there’s no legal way to access it is seen as most acceptable (3.36 out of 5). This is followed by pirating due to a lack of financial resources (3.32) and pirating for educational purposes (3.28).

Downloading copyrighted material for commercial purposes is seen as the least ethical, with an average rating of 1.76. Pirating to avoid payment is also at the unacceptable end of the scale, with an average of 2.73.

These reported results clearly show that some forms of piracy are ok, according to these lawyers. However, the reported results are all averages and there obviously is no scenario that’s seen as acceptable by all lawyers.

To give an illustration, when the respondents were asked to evaluate the example where someone streamed a TV-show because it’s not legally available, 58% believed it to be (very) acceptable, 21% viewed it as neither acceptable nor unacceptable, while the remaining 21% saw it as (very) unacceptable.

On the other hand, when presented with a scenario where someone downloads cracked software for commercial purposes, only 7% saw it as (very) acceptable, 71% viewed it as (very) unacceptable, with the remaining 22% ending up in the middle.

While not reported in the paper, it’s worth noting that nearly all of the lawyers have friends who download TV-shows from the Internet. When asked about it, roughly 95% answered positively, with one lawyer noting that “all students do it for personal use.”

The paper further shows that there are differences between lawyers as well. Those who work in the public sector, or plan to work there, are even more tolerant of online copyright infringement than those in the private sector. That makes sense, as the former have a duty to acknowledge the public interest.

The lawyers who participated in the survey are not all experts in copyright law. Still, the findings confirm that there’s a clear mismatch between the law and what is seen as ethically acceptable, even among legal scholars.

This matches the conclusion drawn by the researchers.

The fact that this is not reflected in law may be due to the finding that ‘private sector’ lawyers are more conservative. They are the ones who work on behalf of rightsholders.

According to the researchers, it might be good to reconsider whether that’s a good idea. They suggest that, as it is now, copyright is mostly used to advanced informational capitalism, while ignoring the ethical reality.

“When lawyers and pirates concur in terms of their ethical assessment of file sharing practices, the legal status quo appears to be more of a tool for advancing informational capitalism than reflecting everyday practices of common sense and fairness perception.

“These findings support the calls for further de-criminalization of copyright legislation,” the researchers conclude.

A copy of the full paper titled “Should digital files be considered a commons? Copyright infringement in the eyes of lawyers” is available here, for free.

In frequent with numerous major soccer leagues all around Europe, Italy’s Serie A has an ongoing issue with piracy of its are living broadcasts. Kodi Web pages with embedded streaming players routinely show Serie A […]

Statistics are great. As long as you have enough data points, you can ‘win’ virtually any argument by citing only those that support your claim. This technique is used everywhere, also in debates about copyright, […]

Last year the Alliance for Creativity and Entertainment (ACE), an anti-piracy partnership forged between Hollywood studios, Netflix, Amazon, and others, sued Florida-based SET Broadcast, LLC. Kodi At the time, the company offered a popular software-based […]