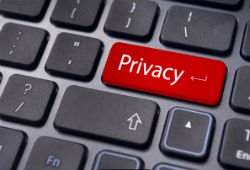 Up until recently, the alleged pirating subscribers have remained anonymous. However, in the case between several music labels and Cox Communications, this position changed.

Without direction from the court, the ISP agreed to reveal the identities of thousands of business subscribers whose connections were repeatedly used to share infringing material. These personal details are not being made public, but names, addresses, and other info will be handed over to the labels.

It’s not clear what the rightsholders intend to do with this information but it’s unlikely to be in the interests of the accused subscribers. This didn’t sit well with one business subscriber, which protested the stipulated order in court.

The “John Doe” company, an unnamed non-profit that provides hospital and medical care facilities, is one of the 2,793 affected business subscribers. The organization didn’t deny the piracy allegations but told the court that the infringements were made over its unsecured network, which is accessible to visitors.

Before accessing this network all visitors had to agree to the terms of service, which specifically prohibited illegal downloading. Apparently, this wasn’t enough.

The company states that revealing its identity to the record labels isn’t going to change anything. There is no record of who accessed the network at the time of the infringements, so tracking down the culprits is impossible.

“Thus, disclosure of John Doe’s subscriber information will not lead to the discovery of the individual(s) who are alleged by Plaintiffs to have engaged in copyright infringement through the misuse of John Doe’s network in violation of the access agreement,” the company informed the court.

Instead, the company argued that disclosure will breach its privacy rights under the Cable Communications Privacy Act. It therefore filed a request to prevent its personal info from being handed over.

The music labels and Cox didn’t respond to this objection and after a thorough review of the arguments, US Magistrate Judge John F. Anderson decided to grant the objection. This means that the company’s information can’t be shared with the labels.

“No response has been filed to this motion and the fourteen-day period for doing so has expired. Having reviewed the motion and supporting declaration, and there being no opposition, it is hereby ORDERED that the motion is granted, and defendant shall not be required to disclose John Doe’s subscriber information to the plaintiffs,” Judge Anderson writes.

It’s unclear why there was no response to the objection, but it’s possible that the music labels and Cox preferred not to draw any more attention to the matter. Sacrificing the details of one subscriber likely outweighs having an extensive review.

After all, there are still 2,792 business subscribers who didn’t object.

Without any further pleadings, it remains unclear what the music companies plan to do with the subscriber information. Perhaps more will become clear once the case progresses.

How ‘Anonymous’ is a Seedbox Provider?

BitTorrent is a community file-sharing protocol, which broadcasts IP-addresses of up- and downloaders to the general public at large. Kodi For some, this is a difficulty, so to protect against this from going on, men […]

The people today at the rear of TVAddons and the ZemTV Kodi addon have failed to have their situation dismissed. The defendants asked the Texas courtroom to fall the circumstance simply because they are overseas […]

With millions of visitors, YTS.am is the most visited torrent site on the Internet, beating even the legendary Pirate Bay. The site ‘unofficially’ took over the YTS brand when the original group threw the towel […]