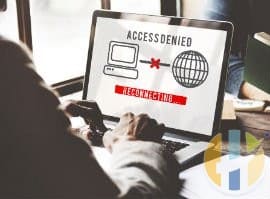 For well over a decade, content industry groups – mainly representing movie and music companies – have petitioned courts around the world to limit access to so-called pirate sites.

The theory is that by blocking sites that host or link to infringing content, piracy rates will go down, thus leading to increased sales. However, not much evidence is available to say that blocking is effective in achieving the latter two objectives, even if direct visits to pirate sites are reduced.

Nevertheless, entertainment groups continue to press ahead with blockades in many countries against a huge number of sites. Their latest target, streaming site Cuevana, is not only very popular in South America but also a bit of a veteran in the piracy scene.

Offering a wide range of movie and TV show content for instant viewing, Cuevana has been a Hollywood and TV company irritant for almost a decade. In 2012, an administrator of one variant of the site was arrested in Chile following a complaint by HBO, but not even that managed to kill the platform.

Available now via a number of domains, a partial solution to the Cuevana problem appears to be blocking. To that end, Disney, Fox, Paramount, Columbia, and others filed a complaint against the popular platform in Argentina, hoping that the courts would render the site inaccessible in the region. According to SimilarWeb data, Cuevana2.com is the country’s 109th most-popular site.

Following an initial application by rightsholders, the National Chamber in Criminal and Correctional Matters has now reversed an earlier ruling and ordered a provisional blockade of Cuevana.

Due to the site providing unlicensed access to works owned by the plaintiffs, the Court found that the site is in breach of Law 11.723, which covers intellectual property matters. Article 79 reportedly allows measures to prevent further infringement.

Like many popular under-siege pirate sites, Cuevana also relies on multiple domains and addresses to keep itself online and accessible. With this in mind, the Hollywood companies have filed requests to have all Cuevana-related domains blocked in Argentina, to prevent circumvention of their injunction.

Much like The Pirate Bay, Cuevana appears to have many namesakes which may, or may not, be linked to the official platform.

According to local media reports, the court found that blocking ‘pirate’ websites is an “appropriate and proportional measure” to prevent infringement, particularly in the case of Cuevana which has been infringing copyrights for many years.

While Cuevana variants have always been popular in South America and other Spanish-speaking regions, the platform attracted international attention in 2014 when the MPAA reported it to the United States Trade Representative.

Following the success of its web-based portal, the pirate site began offering Cuevana Storm, a Popcorn Time-like streaming solution, utilizing torrents under the hood. It now appears to have reverted largely to web-based streaming, relying on file-hosting sites for content.

Kodi Dedicated anime pirate sites are popular around the globe, but in Latin America they are huge. AnimeYT has been one of the main players in the area. With millions of regular visitors, it was the top pirate […]

Travis McRae: Sue Me Over EBook Site, I Want the BS Over & Done With

Most entities behind user-generated upload platforms know that lawsuits are always a possibility and accept them as a risk of doing business. YouTube, for example, knows that it can be sued but since the company […]

Late last 7 days, the now-notorious cracker recognized as Voksi hit the headlines as soon as all over again right after defeating the latest variant of the Denuvo anti-tamper technological know-how. The 21-calendar year-aged Bulgarian […]