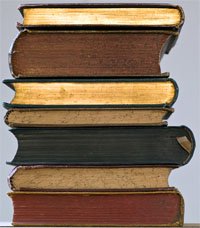 The memorandum was signed by media companies Channel One, the National Media Group, Gazprom-Media, the Internet Video Association, and the Association of Film and Television Producers. Yandex, Rambler Group, Mail.Ru Group, vKontakte, and RuTube signed on the tech platform side.

A centralized database, populated with links to sites that the entertainment industry groups claim are infringing their intellectual property, will be created in a matter of weeks. Search engines and hosting platforms will query the database every five minutes and remove infringing content with six hours.

While the agreement had broad support, Russia’s publishing companies were not present during the initial signing. However, telecoms regular Roscomndazor indicated that other rightsholders and tech companies were welcome to join following a successful application.

The publishers have now shown their hand in a letter from the Russian Book Union to Roscomnadzor head Alexander Zharov.

“I ask you to assist in organizing the signing of a memorandum with the Internet Copyright Association [AZAPI] representing the interests of most major Russian publishing houses,” the letter reads.

“Direct communications between the Internet Copyright Association (AZAPI) and Roskomnadzor will remove links from search engines issued on the basis of a constructive dialogue, without waiting for the adoption of the law to develop an optimal test model.

The memorandum signed last week is valid until September 1, 2019. By then, the signatories expect new copyright legislation to be introduced, enshrining the terms of the memorandum in law.

In recent months, Yandex, in particular, has been under increasing pressure to do something about the large amounts of pirate content appearing in search results. Early September, before the signing of the memorandum, the battle again moved to the legal system.

In lawsuits filed with the Moscow City Court, Gazprom-Media outlets including TNT, TV-3, 2×2, complained that Yandex should “stop creating technical conditions that ensure the placement of [copyrighted] works on the Yandex.ru website.”

While that matter is still pending, the agreement reached last week (Yandex and Gazprom-Media both signed) could mean that GazProm-Media withdraws its complaints against Yandex. Speaking with TASS, spokesperson Ekaterina Trofimova declined to rule out the possibility of peace breaking out before the trial, provisionally arranged for December 5, 2018.

Meanwhile, the Russian IPChain Association, which earlier this year signed an agreement to digitize the patent archives of Kyrgyzstan using blockchain technology, has said it’s ready to provide a technological solution for the anti-piracy database detailed in the memorandum.

“The main infrastructure solution for implementing the conditions of the memorandum is, of course, distributed registry technology,” said a letter penned by Maxim Proksh of the government-backed innovation group, Skolkovo Foundation.

“Based on this technology, a number of projects have already been created that have passed the pilot stage and have been commercialized. This is how the IPChain intellectual property management system would work to provide a technological solution for the implementation of the memorandum.”

Through the use of blockchain technology, it’s envisioned that trust will be built between companies like Yandex and Gazprom-Media.

“It is important that the blockchain will create and cultivate an environment of trust between search engines and rightsholders. Flat registries in the form of tables are hopelessly outdated, both technologically and morally,” Proksh added.

Sometime during Tuesday, users of a pirate IPTV company marketed less than the World / World-wide Entertainment makes had been specified a surprise. IPV 728×90 (set 3) In its place of accessing the dwell Tv […]

About the past many several years there has been an explosion of piracy applications that operate on cell products, typically on the Android platform. Travel Most of the significant-title piracy apps these kinds of as […]

Telegram Faces Anti-Piracy Referral to US Over Cryptocurrency Ideas

Telegram was founded in 2013 by brothers Nikolai and Pavel Durov, who formerly introduced Russian social network VK (vKontakte). Use Protection The messaging assistance has grown from toughness to strength and currently has close to […]