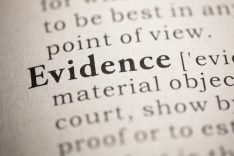 Regular Internet providers are being put under increasing pressure for not doing enough to curb copyright infringement.

Music rights company BMG got the ball rolling a few years ago when it won its piracy liability lawsuit against Cox.

Following this defeat, several major record labels including Capitol Records, Warner Bros, and Sony Music filed a lawsuit in a Texas District Court. With help from the RIAA, they sued ISP Grande Communications for allegedly turning a blind eye to its pirating subscribers.

According to the labels, the Internet provider knew that some of its subscribers were frequently distributing copyrighted material, and accused the company of failing to take any meaningful action in response.

The case is now heading to trial, where the ISP might not have a safe harbor defense. However, if it’s up to Grande, the record labels should start the trial without their most important evidence; the “infringement notices” of Rightscorp.

Anti-piracy outfit Rightscorp has a database of close to a billion copyright infringements. While the company’s original business model of automated settlements hasn’t been very lucrative, the notices are gladly used by copyright holders in court.

They were the basis of the BMG v.s Cox lawsuit and in the record labels’ case against Grande they are also front and center.

According to Grande, however, this evidence is unusable. Its attorneys have previously branded it as inaccurate but this month they added an even more damaging claim. The ISP accuses the labels and Rightscorp of destroying vital evidence.

While the notices are all intact, much of the underlying information has been removed. The ISP argues that this makes it impossible to determine precisely how Rightscorp’s system functioned and what information about Grande’s subscribers was collected in each case.

Grande’s attorneys presented their findings to the Texas federal court. They submitted a motion for evidentiary sanctions based on the reported “spoliation” of evidence.

“Plaintiffs and Rightscorp have destroyed all of the evidence necessary to determine how the Rightscorp system operated at any given time relevant to this lawsuit,” Grande’s motion reads.

“Recent depositions establish that Rightscorp, the RIAA, Plaintiffs, and their retained experts are all incapable of providing a cogent and detailed explanation of how the Rightscorp system actually functioned at any point during the relevant time period.”

The missing information includes communications with torrent trackers,
data that show if customers were actively sharing certain files, and data that was used to match downloads to copyrighted works. In addition, Rightscorp is also accused of deleting nearly all records from its call-center.

The ISP is convinced that it’s severely disadvantaged by the destruction of evidence. They risk more than a billion dollars in theoretical damages based on notices of which most of the underlying data is gone.

“Plaintiffs intend to rely heavily on Rightscorp’s notices to prove their infringement case. Yet, the destruction of the evidence underlying those notices seriously compromises Grande’s ability to independently evaluate the accuracy of the process, notices and downloads,” the company writes.

Interestingly, this is not the first time that Rightscorp is accused of spoiling evidence. In the Cox case, the anti-piracy outfit was found to have destroyed source code, which resulted in a monetary sanction.

Grande highlights this history and adds that the current issues are even more significant.

As such, Grande sees no other option than to sanction the record labels. They don’t want any monetary punishments. Instead, they request that the court excludes all Rightscorp evidence from trial, which will make it much harder for the labels to make their case.

The record labels have yet to respond to the allegations, after which the court will rule on the matter.

A copy of Grande Communications’ motion for evidentiary sanctions is available here (pdf).

While most piracy exercise has shifted to streaming in new a long time, U.S. courts have even now been overloaded with BitTorrent relevant piracy lawsuits. This phenomenon, usually dubbed as copyright trolling, began around a […]

In March quite a few significant audio companies sued Charter Communications, one particular of the greatest Net suppliers in the US with 22 million subscribers. Assisted by the RIAA, Capitol Information, Warner Bros, Sony New music, and […]