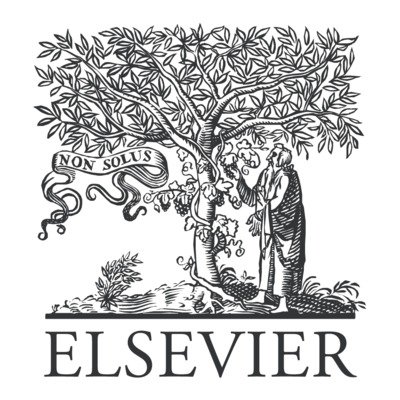 Academia certainly isn’t our prime focus here at TorrentFreak, but we have mentioned Elsevier repeatedly throughout the years.

With a net income of roughly $3 billion and operating profits exceeding $1 billion, Elsevier is one of the largest academic publishers in the world. One that protects its business with vigor.

The company has sued ‘pirate’ sites “Sci-Hub and “LibGen” for the unauthorized distribution of millions of scientific papers, for example.

This resulted in a million dollar verdict in favor of the publisher, which was also able to seize several domain names. While Sci-Hub and LibGen are still around, Elsevier recently stepped up its game by obtaining an ISP blocking order against the sites in question.

So far, these efforts run parallel to what we see in the media piracy world. Torrent sites such as The Pirate Bay have been sued as well, and are now blocked in countries all over the world.

There is a significant difference though. The major movie studios who sue pirates sites have a good reputation in the industry, while Elsevier is heavily criticized by universities and researchers.

This criticism is far from new, but where the battle was previously fought in op-eds and on social media, it’s now on the agenda of the European Union as well. Pressure is mounting.

A serious allegation, but it turned out to be just the start.

This week, it was followed by a similar call from the European University Association (EUA), which represents over 800 higher education institutions in 47 countries throughout Europe.

In a letter (pdf) to the European Commission, the organization shares its concern about the lack of transparency and competition in Europe’s academic publishing sector, mentioning Elsevier and similar publishers.

One of the main frustrations is that researchers and universities provide the manpower and articles for these publishers, work that’s often funded with public money. This is then sold back to them by the publishers at high prices.

Or as EUA puts it:

“As a well-known allegory says: ‘Imagine a farmer who owns, feeds and milks his cow in order to give away the milk for free to a dairy company – and then finally buys it back in a milk carton at a very high price’. This is the business model of big research publishers.”

While publishers such as Elsevier use copyrights to protect and exploit their work, the nature of the “competition” issue is more complex.

Jonathan Tennant, who filed the first complaint with the EU Anti-Competition Authority, tells TorrentFreak that competition is hard to achieve when every academic article is unique and valuable. The articles are not substitutable, you either have access to it or you don’t.

The second problem is that Elsevier and others keep their pricing agreements secret, often through non-disclosure agreements, which is widely seen as an anti-competitive practice.

“Both of these things together, as well as issues to do with copyright, ‘marketplace’ concentration, obscenely high profits, and vendor lock-in all create an unsuitable ‘market’ around scholarly publishing, which has a negative impact across the entire research sector,” Tennant tells us.

Tennant and Brembs don’t provide any recommendations in their report. They’re leaving it up to the European Commission to decide what’s appropriate, but they believe that banning non-disclosure clauses and providing more transparency are two possible steps.

In an ideal world, one could argue that all academic research should be available for free. In the current system, many researchers don’t have access to some of the research in their field due to financial reasons, which hinders the progress of science.

This is also the main reason why Alexandra Elbakyan started the pirate research library Sci-Hub several years ago. Many researchers rely on it as a source, but Tennant says that he has some sort of love-hate relationship with the controversial pirate library.

“I think what Alexandra and Sci-Hub have done is phenomenal in emphasing the incredible dysfunction in research access from a greedy corporate publishing sector. It has demonstrated that access to knowledge is simple to provide.

“I think it also helps to level the playing field, from an industry whose business model is based on knowledge discrimination based on elite/financial status. For these things, and for being a symptom of a broken industry, I think it is wonderful,” he adds.

However, Tennant argues that it has also had some negative consequences. As founder of Open Science MOOC, he is a strong supporter of Open Access research, where papers are published without paywalls, and believes Sci-Hub may hinder the progress of this movement.

“Because Sci-Hub provides a simple, easy shortcut to free access (not Open Access), it removes some of the incentives for researchers to engage with Open Access in a more sustainable manner. For example, by self-archiving their work for free,” he notes.

That said, Tennant doesn’t think that terms such as ‘piracy’ and ‘theft’ necessarily apply to Sci-Hub. At least, not any more than it could apply to some of the major publishers themselves.

“Sometimes I think that it is the scholarly publishing industry themselves who are the thieves, blackmailing content/copyright from researchers and then preventing access to it as their business model.

“Depends which side of the ethical fence you fall on – private or public gain,” he adds.

Tennant hopes that the European Commission will pick up the ball to end to what he sees as an abuse of power and copyright. Where Sci-Hub tries to “tear down the paywalls” through force, ultimately he believes that it’s more sustainable to change the publishing system itself.

Tennant, who was at a blockchain for science conference this week, has some ideas of his own. Ideally, the future of academic publishing should be open, flexible, and relying on modern technologies.

“My ideal scenario would be a much more granular and lightweight system of continuous editing and review – something like GitHub combined with Stack Exchange combined with Wikipedia,” he says.

“Something like that would be inherently easy to create, should we start again from scratch today,” Tennant concludes.

The recognition of BBC iPlayer, other absolutely free streaming solutions, and even Kodi has reduced, with additional folks seemingly pleased to spend for membership solutions like Netflix, a new report has observed. Less individuals have […]

For nicely about a 10 years, entertainment marketplace groups have been creating legal procedures to have allegedly-infringing web sites blocked at the ISP level. The the greater part of these problems have been initiated by […]

A big number of unprotected Redis occasions had been uncovered online, sitting down in well-liked community cloud services. Eight thousand of them are not password-secured nor utilizing TLS encryption. Redis is frequently trying to introduce […]