News Ticker
Contents hide
1 Use Protection
2 Kodi
3 Kodi
4 What You Need for a Raspberry Pi Gaming Center
4.1 The Raspberry Pi
4.2 Other Hardware and Cables
5 The Best Raspberry Pi Retro Gaming Emulators
5.1 1. RetroPie
5.2 2. RecalBox
5.3 3. PiPlay
5.4 4. Lakka
5.5 5. Pi Entertainment System (PES)
6 Kodi
6.1 6. Batocera
7 Which Emulation Suite Should You Choose?
8 Where to Get RetroPie ROM Downloads
9 How to Add ROMs to RetroPie and Other Suites
10 Retro Controller Options: What Can You Use?
11 Consider a Retro-Themed Case
12 Retro Gaming on the Raspberry Pi: Easy Win!
12.1 User Review


Virtual reality gaming is on the rise. Mobile gaming is increasingly popular. Playing MMOs with headsets for voice chat and streaming the experience is all the rage.

Experts predicted all this years ago.

But who could have foreseen the rise of retro gaming? What sane person could have guessed that a credit card-sized single-board computer would become instrumental in the retro gaming explosion?

The versatile Raspberry Pi can emulate a vast collection of gaming platforms. Interested in building a retro gaming machine with a Raspberry Pi? Here’s what you need to know about RetroPie ROMs, downloads, and more.

What You Need for a Raspberry Pi Gaming Center

You’ll need several elements for a robust and reliable Raspberry Pi retro gaming center. Before looking at the software, let’s first look at the hardware. 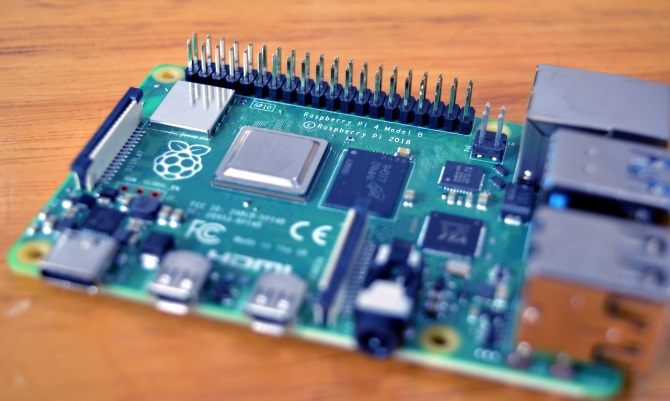 Since its 2012 release, the Raspberry Pi has had several iterations, each more powerful than the one before. These days, you have two reliable options.

Although you can get good results using a Raspberry Pi 3B+, the increased performance on offer with the Raspberry Pi 4 means you should take that option.

Other Hardware and Cables

In addition to the Raspberry Pi, you’ll also need an HDMI cable, reliable microSD card, a keyboard/mouse combo for initial setup, and game controllers. While a 1GB Raspberry Pi 4 costs under $40, if you’re starting from scratch, you should be able to buy the complete kit for under $100.

However, if you’re opting for the enhanced RAM of the 4GB Raspberry Pi 4, you’ll find your budget stretched.

You might also opt for a starter kit, which includes most of what you need (save the keyboard and mouse).

Once you’ve got your Raspberry Pi and associated hardware, it’s time to find the right emulators. While you can install these individually, it’s far preferable to install an emulation suite. This is a package—usually ready to be written to the microSD card


How to Install an Operating System on a Raspberry Pi


How to Install an Operating System on a Raspberry Pi
Here's how to install an OS on your Raspberry Pi and how to clone your perfect setup for quick disaster recovery.
Read More

—consisting of many top emulators. Any that aren’t included you can often add alongside the pre-installed emulators.

Six current projects are available to choose from. Before downloading, ensure they support the platforms you wish to emulate.

Probably the most famous of the retro gaming software options for the Raspberry Pi, RetroPie gives access to a vast collection of emulators, via the EmulationStation user interface. Emulators are presented via the RetroArch front end, while various ported games (several PC games run natively on the Pi


11 Classic Raspberry Pi Games You Can Play Without Emulators


11 Classic Raspberry Pi Games You Can Play Without Emulators
Want to play retro games on your Raspberry Pi? Here are the best classic games you can play without needing an emulator.
Read More

RecalBox supports over 40 emulators, including MAME, and in excess of 30,000 titles. Again, using the EmulationStation UI, and with emulation support from RetroArch/libretro.

Gaming is enhanced on RecalBox with the cheat codes, a Rewind tool (to help you undo in-game mistakes) and screenshot functionality.

RecalBox is quite like RetroPie but comes solely as a writable microSD card image and cannot be manually installed.

RecalBox and RetroPie both include the option to install Kodi.

Featuring 12 emulated machines plus the ScummVM point-and-click adventure game platform, PiPlay is the compact alternative to RetroPie and RecalBox. You can download PiPlay and write it to a microSD card, or install directly to your Raspberry Pi via GitHub.

Without the slick UI of the EmulationStation, PiPlay has a more traditional, text-based user interface. It’s a stable emulation solution, however, with good support for popular controllers.

Describing itself as “a lightweight Linux distribution that transforms a small computer into a full-blown emulation console,” Lakka also uses RetroArch. Supporting around 40 emulators with thousands of games, Lakka is a strong alternative to RetroPie and RecalBox.

Game ROMs can be uploaded to Lakka from a separate PC over your network. By booting with BerryBoot or NOOBS, you can dual-boot Lakka alongside other Raspberry Pi operating systems.

PES also adds wireless networking and network gaming to retro platforms (except the N64), and can be dual-booted using BerryBoot.

An out-of-the-box retro gaming solution, Batocera is available for all Raspberry Pi models. It supports a wide number of gaming platforms; all you need to do is plug in a controller and play.

Minimal configuration is required with Batocera. Everything is pre-installed and enabled, although you’ll find that some platforms are unavailable on the Raspberry Pi. Versions of Batocera are available for x86 devices with a wider selection of supported emulators.

Which Emulation Suite Should You Choose?

With so many emulation systems to choose from, you might find your options a little overwhelming. Generally, if you want a system that will emulate almost anything, choose RecalBox or RetroPie. There’s very little difference between them.

Where to Get RetroPie ROM Downloads

To enjoy games (or even applications) on an emulator, you’ll need to acquire ROMs. Both game ROMs and BIOS ROMs are required. It’s easy to overlook the requirement for the BIOS ROMs, but without these, the emulators cannot launch the games. 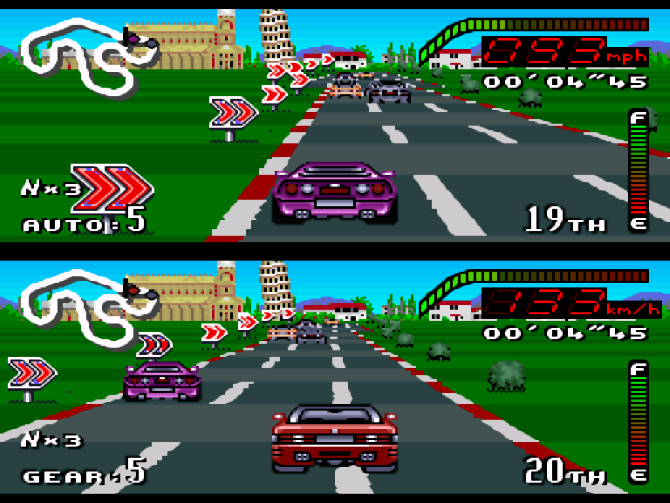 The legality of this is a bit muddy. It was once the case that if you owned the original, you were safe to use the ROM. These days, with peer-to-peer networking common even on apparently standard download sites, the practice is a bit risky.

Alternatives are available: the main solution is to create your own ROMs. Specialist hardware is available to do this, although it differs depending on the specifics of the platform. For example, you can purchase a USB device that connects a Commodore 64 Datasette (cassette player) to a PC.

This information is given, of course, strictly in the understanding that you retain the ROMs for your own use. A search of eBay may yield the results you’re looking for.

How to Add ROMs to RetroPie and Other Suites

ROMs must be copied to the correct directory on your Raspberry Pi. An FTP solution that supports SSH, such as FileZilla, is the best option here


5 Ways to Copy Data From a Raspberry Pi to a PC
At some point you're going to want an easy way to get the data off the Pi's SD card and onto your PC's HDD. This can be tricky.
Read More

. However, some emulation suites offer a browsable interface for uploading ROMs from your main PC.

When it comes to playing the games, meanwhile, your chosen retro gaming suite will feature a user-friendly game library browser. All it takes is for you to navigate to the game you want (using the game controller) and launch it.

Retro Controller Options: What Can You Use?

These include Xbox One, Xbox 360, and PlayStation 3 and 4 controllers. So, you can realistically use a PS4 controller on a Raspberry Pi with an N64 emulator. Mix and match!

Meanwhile, a large selection of USB controllers should work with your Raspberry Pi and chosen gaming suite. Configuration of controllers takes place when the Pi boots into RetroPie, RecalBox, etc., so you’ll quickly get an idea of what works and what doesn’t.


The 10 Best Controllers for the RetroPie

Case options are considerable. My own preference is to use a standard Raspberry Pi 3 case and keep it out of sight. You might prefer a prouder approach and display your Pi in a retro console-themed case. Plenty are available online, resembling mini SNES consoles, among many other retro device designs.

There’s also 3D printing. A ton of retro-styled cases can be bought as digital files, ready for production in a 3D printer. If you don’t have your own 3D printer, don’t worry. Many services are available that will produce 3D projects on your behalf. Simply select the case design you want and find a 3D printing service to produce it. They’ll require you to upload the design and pay up front, then ship it to you once complete.

Meanwhile, if you want to take a more hands-on approach to building a case, why not use a slick game station build


7 Fantastic RetroPie Game Stations You Can Build This Weekend


7 Fantastic RetroPie Game Stations You Can Build This Weekend
Retro gaming is soaring in popularity. These 7 awesome RetroPie game stations can all be built in a weekend with hard work and a Raspberry Pi.
Read More

You can accomplish a lot with a Raspberry Pi. It can be used as a media center, a desktop computer, or a music streaming device.

But perhaps the real killer application for a Raspberry Pi is as a retro gaming machine. As you’ve seen, it’s straightforward to set up and a library of ROMs will ensure you have games to play.

Want more gaming options or the Raspberry Pi? Here’s how to stream PC games to your Raspberry Pi


How to Stream Any PC Game to TV Using a Raspberry Pi
Don't limit yourself to streaming only Steam games from PC to TV. With a Raspberry Pi, you can stream ANY game installed on your computer—without worrying about Steam Link!
Read More

Travel Google will be holding a keynote at the Game Developers Conference (GDC) in San Francisco shortly, where it is widely expected that the search giant will take the wraps off its new cloud gaming […]

Kodi Use Protection Kodi The Retro make is a nicely sized 200mb. That implies you can use it all devices and it will work well. If you have a firestick, this is a excellent just […]

In Internet ‘piracy’ a long time, PortalRoms.com is pretty aged area, possessing first appeared as a very basic ROM obtain web page way again in 2004, perhaps even previously. Travel Around the many years it […]