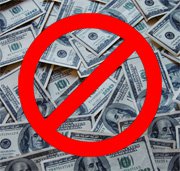 On December 12, the US Department of Justice revealed that a federal grand jury had indicted five men in four countries on charges that they distributed or offered for sale hundreds of movies and TV shows in advance of their official release.

While none of the men has yet to be proven guilty in a court of law, the details revealed thus far indicate that this could be one of the biggest piracy prosecutions in recent memory.

The background to the case can be found here, but it’s alleged that the five men illegally accessed servers belonging to movie production and distribution companies, grabbed movies and TV shows, and then sold and/or distributed them online.

No one needs to have it pointed out to them that this is a seriously risky business. Given that much of the content was also pre-release material, the sweat levels should have been rising at a ridiculous rate. However, if the allegations are to be believed, many crazy errors of judgment led to the men’s demise.

First of all, it’s alleged that the men used a number of aliases. This is common in the online space but it appears at least two were seriously short of ideas. One of the men, named by the DoJ as Sam Nhance, reportedly used the alias ‘Sam NhaNc3’. Another, Jitesh Jadhav, used the alias ‘Jadhav’.

While these aliases could’ve done with a bit more thought, it’s the financial aspects of the indictment that provide the most eyebrow-raises.

It’s alleged that at least some of the defendants – Aditya Raj, Sam Nhance, Ghobhirajah Selvarajah, Jitesh Jadhav, and Malik Luqman Farooq – used a PayPal account registered in Selvarajah’s name. This account was allegedly used to accept payments when the defendants sold pirated movies and to pay for the server where the content was hosted.

While this is a big enough error in itself (PayPal is an easily accessible US company), the indictment weaves many threads together when it reveals how other defendants were allegedly prepared to link their own finances in.

For example, on July 31, 2013, its claimed that Farooq transferred his own money into the PayPal account to pay for a server. During August, he allegedly sold a ‘cammed’ copy of The Smurfs 2, not to Joe Public, but to an undercover investigator hired by the MPAA.

It’s further alleged that a year later, Farooq transferred part of the funds from the sale of “The Amazing SpiderMan 2” from the shared PayPal account mentioned above to his very own PayPal account.

Not long later, Jadhav allegedly got paid his share of the money following the sale of “X-Men: Days of Future Past” from the same shared PayPal account. Only adding to the mounting evidence, Farooq allegedly responded to complaints that he hadn’t been contributing to payments for the group’s server by sending money to the shared account from his own PayPal account.

There are numerous other examples of super-risky PayPal transactions, with some involving Farooq’s own account following the sale of pirated movies to the investigator. At least one of the defendants was happy to transfer money from the main PayPal account into his own bank account.

Rounding things off in a manner that seems fitting given the above disasters, it’s further alleged that the group’s server was rented from OVH in defendant Raj’s own name.

As pointed out earlier, the men are yet to be tried on the basis of the claims in the indictment. Indeed, to date only Farooq has been arrested (in the UK) and the others are all supposedly at large in India, UAE, and Malaysia.

Maybe this physical distance from the United States proved a factor in the attitudes of the men. It’s certainly possible that these kinds of alleged offenses are considered less important in these parts of the world than they are in Europe and the US. That being said, Farooq – a UK resident – should have been aware of the current climate.

The moral of the story though (if there is one) is that selling copies of copyrighted works in the manner alleged in the indictment is likely to end not only in disaster, but also in a beautifully convenient paper trail that ties everything together in a nice little package.

The Pirate Bay has been really hard to achieve considering the fact that past weekend. For most people today, the web page presently displays a CloudFlare mistake information across the full web site, with the […]

With close to half a billion broadband subscribers, India is undoubtedly a global powerhouse in the connected arena. Travel Add the thirst of its citizens for free media into the mix and it’s clear why […]

Court Orders Pirate IPTV Linker to Shut Down or Face Penalties Up to €1.25m

Anti-piracy group BREIN has prevailed in a authorized clash against an unlicensed service provider of thousands of stay IPTV streams and films. A court observed that Leaper Beheer BV, which operated less than names such […]