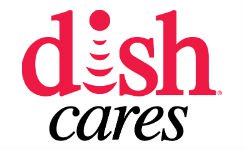 Back in April, the Alliance for Creativity and Entertainment, the global anti-piracy alliance featuring several Hollywood studios, Amazon, Netflix, and dozens of other entertainment companies, sued Florida-based SET Broadcast, LLC.

The popular unauthorized IPTV was accused of being a piracy tool offering copyright-infringing streams to a large number of subscribers. Early June, SETTV went offline after a second lawsuit was filed against the company.

In a Florida court, DISH Network and encryption partner NagraStar sued several individuals, companies and trusts collectively doing business as SETTV via the domain SETTVNOW.com. The plaintiffs stated that the complex business structure was designed to frustrate enforcement efforts and hide profits made by SET Broadcast and various individuals.

DISH and NagraStar alleged that “for only $20 per month”, SET TV gave users access to more than 500 live channels, including on-demand content and PPV broadcasts. The company also sold pre-configured hardware devices that came pre-loaded with the SET TV application. As a result, the plaintiffs demanded a permanent injunction plus huge damages.

In an agreed judgment handed down by a Florida court (the merits of the case were not considered), the demands of DISH and NagraStar have now been met.

“DISH is awarded statutory damages of $90,199,000 under the FCA. The statutory damages are calculated at the parties’ agreed upon $500 for each of the 180,398 subscribers that were acquired directly by Defendants and provided with unauthorized access to DISH’s television programming using Defendants’ SetTV streaming service. Defendants are jointly and severally liable for all damages awarded herein,” the judgment reads.

The defendants in the case (and anyone acting in concert with them) are also permanently enjoined from “receiving, retransmitting, or copying, or assisting others in receiving, retransmitting, or copying, any of DISH’s satellite or over-the-top Internet transmissions of television programming or any content contained therein without authorization”, and having any dealings with infringing subscriptions, set-top devices, or applications.

DISH also won the right to take ownership of all SETTV-branded set-top boxes, similar devices sold through resellers and affiliates, plus subscription codes, passwords and applications relating to the SETTV service.

Additionally, SETTV is required to hand over any domains relating to its service, including but not limited to SETTVNOW.com and SETBROADCAST.com.

“The judgment and injunction against the SetTV service marks a significant victory in the ongoing fight against pay-TV piracy, and a win for consumers who subscribe to legitimate pay-TV services,” DISH said in a statement.

“Following extensive discovery, DISH and the SetTV Defendants reached a confidential settlement agreement. Pursuant to that agreement, the Parties filed stipulated facts and admissions of liability by the SetTV Defendants, along with an agreed judgment and permanent injunction that was entered by the Court on October 24, 2018.

“In compliance with the Court’s injunction, the SetTV service has been shut down permanently and the websites used to operate the service, along with all remaining inventory of receivers and subscription codes, will be forfeited for destruction.”

In common with similarly large damages rulings, it’s unlikely that SETTV will pay anything like the amount cited by the Court. However, the $90m judgment makes great headlines and is likely to act as a deterrent to all but the most aggressive US-based pirates.

There is little doubt that, for many people, streaming services have become the standard for watching movies and TV-shows. This is no surprise, since subscription-based streaming services are among the best and most convenient alternatives […]

EmbratorPLUS APK IPTVAndroid Firestick NVIDIA Shield EmbratorPLUS is an APK designed to stream Live Contents to your Smart Android Device or Android Emulator. The Program is designed by Arabic Developers and therefor the entire program […]