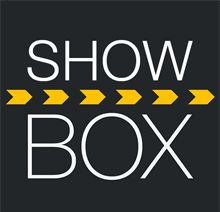 In May we revealed that a group of independent movie studios (Dallas Buyers Club, Cobbler Nevada, Bodyguard Productions, and others) were targeting sites and individuals said to be behind or offering Showbox.

Back in September, a DMCA subpoena filed by the same companies ordered Cloudflare to expose the people linked to various sites offering the application.

It is important to know that the companies behind this request are known serial litigants and have been involved in many “copyright trolling” cases against BitTorrent users in the US and elsewhere.

Last month we reported that two websites connected to Showbox had settled their legal dispute with the companies previously mentioned. The terms of the settlement were not made public and the sites in question now display an ominous warning.

While some will undoubtedly view these messages as scaremongering, it’s surprising that former Showbox users want anything to do with the application moving forward, given recent history. Nevertheless, dozens of threads online feature users asking whether new versions of Showbox popping up here and there are ‘safe’ to use.

It is a difficult – if not impossible – question for anyone to answer conclusively.

First of all, many of the individuals who previously used the app don’t even seem to know where they downloaded it from. This means they could’ve been using the original version or a modified variant from an unknown developer, with both options raising security issues but for different reasons.

It appears that the original app is in trouble and as for the clones, who knows what their motivations are? And, with known copyright trolls heavily in the mix here, alarm bells of all kinds should be going off. That said, people clearly want their movies and TV shows for free and are happy to carry on doing that as long as someone says “yeah, this version is safe.”

At this point, it might interest readers to learn that several times in the past few months we’ve been asked by random emailers to ‘update’ our old Showbox (and indeed TerrariumTV) articles with new links to what they claimed to be the original apps.

There seems little doubt that this was an attempt to misdirect, so unlike some other news outlets who did change their links, we ignored the requests. We don’t know whether this was simply an attempt to drive more traffic to ‘safe’ clones, websites offering the original, or whether something more sinister was at play. It is something to think about, however.

There are so many variables at play here (including what happens to data gathered from Showbox users’ machines, plus IP addresses etc) that to recommend a certain variant of Showbox as ‘safe’ would be pretty irresponsible. There’s also the fact that Showbox not only uses file-hosting links but also torrents, which are inherently ‘unsafe’ unless people use a VPN.

Admittedly, certain versions and updates of Showbox may be completely benign but short of having a detailed analysis done on each app, plus having access to what happens behind the scenes, it’s a potential minefield that users will have to walk through at their own risk.

Some seem very happy to do that, others are less keen. Only time will tell who made the ‘safe’ decision.

Showbox APK Alternative If you have just turned on to the news, Showbox APK is no more after Showbox Sites Settle With Movie Companies, Showbox posted a message which is likely part of the settlement, makes […]

Is Kodi Legal and Safe to Use? (There’s a Catch)

Kodi Use Protection Kodi Kodi has received a lot of reputation in the current previous, thanks to its ability to instantaneously transform your product into a media centre. I have been applying Kodi for many […]