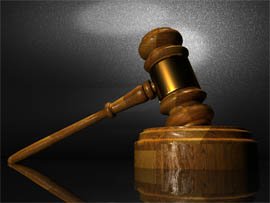 In 2016, an article appeared in New Zealand media featuring a declaration from company boss Krish Reddy that his ‘My Box’ Kodi-powered Android devices were shaking up the content market.

His US$182 product enabled customers to access movies, TV shows and live channels for free, something that Reddy said was completely legal.

“Why pay NZ$80 minimum per month for Sky when for one payment you can have it free for good?” the company’s promotional material read.

Given this blatant taunt, SKY TV was prompted to respond. During 2017, the company took legal action against My Box and Reddy, claiming that his devices broke local law. The company sought a ruling from the Court under the Fair Trading Act that Reddy was making “misleading and deceptive” claims about his devices.

Early 2018, the Auckland High Court heard the case against My Box with Judge Warwick Smith reserving his judgment and Reddy still maintaining that his business was completely legal. The businessman claimed that sales were booming, with 20,000 devices sold to customers in 12 countries.

Now, however, Reddy’s claims have fallen apart. A ruling from the Auckland High Court states that his My Box devices cannot be represented as legal and that his device and others like it that receive unlicensed content are illegal.

“This decision, along with the recent ruling against Fibre TV boxes in Christchurch, sends a very clear message to New Zealanders that these services are not all they are cracked up to be,” says SKY General Counsel, Sophie Moloney.

“Essentially these boxes have been marketed and sold as legal options for accessing sports and entertainment for a one-off fee, when all they do is find and broadcast pirate streams.”

SKY says they were concerned that New Zealanders were being duped into buying the devices on the basis they were legally able to receive SKY content. Online forums were littered with complaints about the My Box devices, the broadcaster added.

“We took action against My Box and Mr Reddy under the Fair Trading Act, as we knew they were making claims to New Zealanders that were misleading and incorrect,” Moloney adds

According to SKY, around 5% of New Zealanders use piracy-configured devices like the My Box to stream pirated content for free. SKY says the decision of the High Court clears up any ambiguity and clarifies that receiving content in this manner is illegal.

“Fair-minded New Zealanders can now know the truth about these types of services and instead look to all of the legal services available online in New Zealand from the free apps of TVNZ On Demand and ThreeNow through to the subscription services of Netflix, NEON, LightBox and FAN PASS,” SKY notes.

While the ruling is welcome, this isn’t the end of the road for the case. A full trial is expected to take place early next year to determine damages but that process may not be entirely straightforward.

SKY says it doesn’t know precisely how many My Box devices Reddy sold, so it previously had to rely on public statements made by the businessman in the run-up to the case. The discovery process should yield more information that will allow SKY to formulate a more accurate claim, however.

While the case was brought under the Fair Trading Act, the High Court also determined that My Box and Reddy “communicated” copyrighted works to the public in breach of the Copyright Act, meaning that SKY is entitled to an injunction to restrain the defendants from making any further claims that My Box devices are legal.

That being said, SKY’s application for an injunction to prevent the promotion and supply of My Box devices failed, after the Court decided that such an application should have been sought under the Copyright Act. SKY said that its action under the Fair Trading Act was considered to be a quicker route to achieving its aims.

“In order to take action under the current Copyright Act, we (and other affected copyright holders) would first have to ‘establish copyright’ in each individual piece of content infringed by My Box. Doing so would have added layers of complication, cost and delay,” the company said in a statement.

“The Associate Judge upheld SKY’s approach by finding that the sale of My Box units, and using them to view copyright content, amounted to a breach of the Copyright Act, regardless of who owned the copyright. Accordingly, he made orders that include a final injunction preventing My Box and Mr Reddy from continuing to market the units as legal. This fulfilled SKY’s primary objective in bringing the legal action.”

In order to streamline similar cases in the future, SKY says local legislation should be amended to reflect the protections available under the UK’s Copyright, Designs and Patents Act.

“A provision like this in New Zealand law would be helpful in cases (like My Box) where the infringing conduct affects a wide group of rights-holders and consumers. The Government is undertaking a review of the Copyright Act and we encourage them to include this matter in the scope of the review,” SKY concludes.

During April 2018, Reddy claimed he’d sold his company to a mystery Chinese buyer for an eye-watering US$8.8m. As a result, he said he’d close down his company and make his staff redundant.

Though tens of millions of people still get pirate songs from peer-to-peer platforms these kinds of as BitTorrent, in the latest many years a new challenge has appeared on the horizon. Travel Web-sites like YouTube, […]