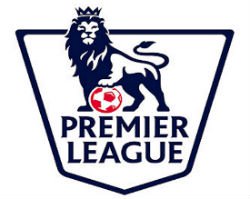 The Premier League has been battling streaming piracy for a long time.

In recent years, the prestigious football league successfully obtained court orders to block sites and streams, for example. In addition, it’s been involved in several prosecutions.

This anti-piracy activity is no surprise as there’s a lot at stake. The broadcast rights for the Premier League are sold for billions of pounds. And when fewer people watch the games legally, the value of these rights goes down.

Interestingly, however, not all companies that are involved with the Premier League, or sports broadcasts in general, are hurt by piracy. In fact, for sponsors, these unauthorized viewers are free eyeballs as they are generally not factored into their contracts.

The scale of this uncaptured sponsorship value via pirate audiences has never been measured, but new research conducted by GumGum Sports, in partnership with MUSO, aims to fill this gap.

The latter company is known for measuring piracy across the world and paired with GumGum’s sponsorship and marketing analysis, they were able to quantify the value of this rogue audience.

In their study, the companies looked at eight matches of the previous Premier League season. They found that these matches had an average pirate audience of 7.1 million viewers across as many as 149 countries.

Most of these unauthorized viewers came from China, where nearly a million people tuned in per match, followed by Vietnam, Kenya, India and Nigeria. The U.S. and the U.K. took 10th and 11th places among the piracy audience.

These numbers were complemented with GumGum’s marketing and sponsorship insights. After factoring in the exposure of different brands in various regions, they came to the conclusion that there is £1 million in uncaptured sponsorship media value per match.

The majority of value is linked to field-side LED advertising and the sponsorship placements on the front of the players’ jerseys. While pirates may not pay, they definitely see these sponsored messages.

Jeff Katz, VP of Partnerships & Strategy at GumGum Sports, says that this research shows that there is a massive amount of sponsorship revenue which is currently overlooked.

“Clubs and sponsors have never been able to quantify media exposure from unauthorized streaming, which over the years amounts to billions of dollars in unrealized value.

“Now we have a unique data set that gives an advantage to brand sponsors while also enabling clubs to better demonstrate the value they’re driving on behalf of corporate partners,” Katz adds.

The question remains who stands to benefit from these findings. Sponsors now know that they’ve had a lot of free eyeballs over the years, which is positive.

However, they may end up paying more as a result, if the pirate audience is factored into future price negotiations for sponsorships. Although clubs may like the prospect, that’s obviously not what sponsors want.

The real winners, perhaps, are the pirates. While we doubt that the findings will stop the Premier League and other sports rightsholders from cracking down on sports piracy, it shows that pirates do bring some value to the table.

MUSO co-founder and CEO Andy Chatterley hopes that the findings will change the perception of pirates. He emphasizes that this audience should certainly not be disregarded.

“Piracy audiences have too long been disregarded as offering no real value to rights holders and distributors, but the reality is that these huge audiences still see the same shirt sponsors and commercials as people watching the game via a licensed channel,” Chatterley says.

In theory, it’s possible that the added value from sports streaming pirates might even outweigh the losses. But, to answer that question, one has to know how many pirate viewers would pay if unauthorized streams were not available. Perhaps that’s a good avenue to research next.

Last year, American satellite and broadcast provider Dish Network targeted two well-known players in the third-party Kodi add-on ecosystem. In a complaint filed in a federal court in Texas, the persons behind the ZemTV addon […]