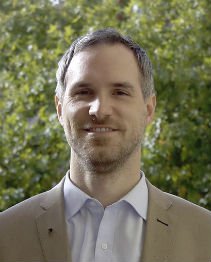 The Czech Pirates have made quite a name for themselves in recent years.

The party previously took on a local anti-piracy outfit by launching their own movie download sites, making the point that linking is not a crime.

The bold move resulted in a criminal investigation, but the case was eventually dropped after it was deemed that the Pirates acted in accordance with EU law.

The Czech Pirate Party has chalked up several successes in the political arena too. In last year’s parliamentary elections the Pirates won 10.79% of the total vote, securing 22 seats in the national parliament.

That success was replicated earlier this month when the Pirates got 17.1% of the votes in Prague’s municipal elections, making it the second largest party locally.

This week the Czech Pirates reached another significant milestone, as the party delivers the new mayor of the country’s capital, Prague. Pirate Party member Zdeněk Hřib will fill the prominent position and several of his colleagues will take places in the city council.

Hřib is a relative newcomer who graduated in General Medicine at Prague’s Charles University and first registered as a Pirate Party supporter five years ago. During the most recent municipal elections, however, he was listed as the party’s top candidate.

While Hřib is not the first Pirate mayor, Prague’s status makes it a unique achievement. With the total population exceeding well over a million people, Prague is among the twenty largest cities in the European Union.

The new mayor is not a widely known figure to the general population of Prague, but that will likely change during the months to come. Speaking with TorrentFreak, the new mayor says he joined the Pirates half a decade ago when he was trying to find a party that fitted his own ideals.

“Originally I was just helping with the healthcare part of the political program because healthcare is my primary specialty,” Hřib tells us.

“I wanted to have a political party in Czech Republic, that I could vote for. Pirate Party appeared on my list, and their healthcare program was a good basis, but without details. So I had helped with the details.”

He later became the main healthcare expert of the Pirate party and following the successful elections in Prague, he is now leading the city. During the years to come, he hopes to bring positive change in several areas, including IT.

“The IT of City Hall is now not very helpful in fulfilling the needs of public services. The information is not shared well inside the office, nor outside. Besides this, Prague has a huge problem with investments in transport infrastructure and there is an imminent housing crisis. These problems need to be solved,” Hřib says.

The new mayor has less political experience than some members of the old guard, but he has appeared on the Pirate Party’s ballot in Prague before. Hřib believes that the new coalition is well supported, and the fact that he’s the new mayor proves that he and the party know how to get something done.

“I believe that becoming a mayor in the Czech political system actually proves, that I have just enough political skills for this,” Hřib says.

“We had managed to create a coalition with a group of conservative People parties and an activist group led by a conservative member of Czech parliament. The coalition is well perceived by the citizens, although the opinions on who should be a mayor could vary.”

For the Pirate Party, delivering the mayor of the largest city in the country solidifies the election win in Prague’s municipal elections earlier this month. However, it’s also just the start.

Like other Pirate parties, the Czech branch is by no means a single issue outfit. The party previously campaigned on a broad range of issues including the fighting of corruption, tax reform, and overhauling the country’s copyright legislation.

Whatever the future brings, the success of the various Pirate parties is certainly remarkable. Especially when keeping in mind that the movement might have never become what it is today, without the raid on The Pirate Bay’s server in 2006.

American satellite and broadcast company Dish Community is continuing its legal battles against alleged pirate streaming solutions. Use Protection The corporation formerly submitted a lawsuit in opposition to the men and women at the rear […]

The Pirate Bay has suffered quite a bit of downtime over the past several years, but in recent weeks a more alarming pattern has begun to emerge. Kodi While many people can assess the site […]

Adhering to a criticism submitted by the BPI, Town of London Police’s Mental Residence Criminal offense Unit (PIPCU) released an investigation into British isles-dependent men and women who uploaded unlicensed karaoke tracks to the Online. […]