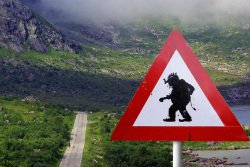 Over the past several years, so-called copyright trolls have been accused of various dubious schemes and actions, but one firm crossed into criminal territory.

Most controversial was the shocking revelation that Prenda uploaded their own torrents to The Pirate Bay, creating a honeypot for the people they later sued over pirated downloads.

The accusation was first published here on TorrentFreak. While some disregarded it as a wild conspiracy theory, the US Department of Justice took it rather seriously. These and other allegations ultimately resulted in a criminal indictment, which was filed in 2016.

The US Government accused two leading Prenda lawyers of various crimes, including money laundering, perjury, mail, and wire fraud. Since then both defendants, attorneys Paul Hansmeier and John Steele, have both signed plea agreements.

According to the Government, it is clear that Hansmeier was the driving force behind the entire scheme. He came up with the settlement scheme, drafted nearly all paperwork that was used to deceive judges, and directed his brother to upload torrents to lure pirates.

“Hansmeier instructed his brother, Peter Hansmeier, to upload ‘torrent files’ to BitTorrent websites such as the Pirate Bay, affirmatively to induce people to steal his clients’ copyrighted pornographic movies,” the Government writes.

“Paul Hansmeier selected the pornographic movies for his brother to upload based upon how attractive they would be to BitTorrent users, thus deliberately encouraging the piracy Hansmeier pretended to hate.”

Hansmeier’s brother uploaded several torrents under the username Sharkmp4, many of which remain online today.

With the IP-addresses that were obtained through this honeypot scheme, Prenda requested subpoenas to obtain the names and addresses of Internet subscribers. These people were then threatened into settling for figures up to $3,000. Whether they were guilty or not appeared to be irrelevant.

“Hansmeier was generally content to take this step without investigating whether the subscriber was, in fact, the infringer. Hansmeier thus inflicted plenty of pain on persons who did not, in fact, download his pornographic bait,” the Government writes.

In total, Prenda Law generated roughly $3,000,000 from the fraudulent copyright lawsuits they filed at courts throughout the United States.

While it is by no means illegal to go after file-sharers, the Prenda attorneys crossed a line by repeatedly lying to or misleading the courts. Hansmeier also filmed and produced many videos himself, leading the court to believe that these were from a third-party company.

Hansmeier argued that the videos were from a company called “Ingenuity 13,” for example, but didn’t mention that he was the driving force behind it. Also, the court was led to believe that pirates caused financial damage, even though the videos were never commercially distributed.

Based on these and other allegations, the U.S. prosecution has reached a rather damning conclusion.

“In summary, Hansmeier was greedy, arrogant, devious, mendacious, and consistently positioned other people to be damaged by his conduct, even as he enjoyed the proceeds of the scheme he orchestrated,” it writes.

As such, the Government is recommending that the court sentences Hansmeier to 150 months in prison, which is believed to be within the guidelines for this specific case.

The attorney for Hansmeier disagrees with this recommendation. The defense has several objections to the presentence investigation report. It, therefore, calls for a lower sentence of no more than 87 months followed by three years of supervision.

Hansmeier’s attorney also requests the court not to issue a fine, as restitution will be paid to those that were damaged by the settlement scheme.

Either way, it is clear that the Prenda attorney will likely spend several years in prison.

The other defendant, John Steele, has also pleaded guilty but the Government is much more positive about his conduct following the indictment.

“Steele has not shied away from the ugly truth of his crimes and the significant consequences that he faces. Unlike codefendant Hansmeier and many other similarly situated defendants, Steele has not tried to evade or minimize the extent and impact of his crimes.

“Shortly after being charged, Steele met with the government, provided a truthful and complete rendition of his misconduct, and since that time has stood ready to testify against Hansmeier if called upon to do so,” the prosecution adds.

Unlike Hansmeier, Steele did not fight the case. While he deserves a prison sentence, this cooperative stance should be taken into account. The Government says it will issue a more specific recommendation for Steele in the future.

Both Prenda defendants will be sentenced at a later date.

A copy of the US Government’s sentence recommendation for Paul Hansmeier is available here (pdf) and the Government’s position on Steele’s sentencing can be found here (pdf).

Japan Plans to Criminalize Pirate Link Sites, Up to Five Years in Jail for Operators

For the past several months, authorities in Japan have been grappling with the thorny issue of online piracy. The country has attempted to deal with the issue previously but there now appears to be greater […]

Last month the European Parliament and Council agreed on the final text of the EU Copyright Directive. This includes the controversial Article 13 and Article 11, which opponents condemn as “upload filters” and “link tax” […]

Internet users who download and share copyrighted content are prone to being tracked. If a copyright owner or its agents see such transfers, it’s possible they’ll follow this up to prevent further infringement, as is […]