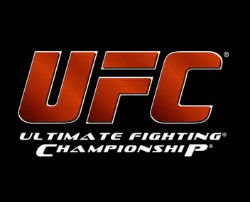 With millions of dedicated fans around the world, Mixed Martial Arts (MMA) events are extremely popular.

They are also relatively expensive and as a result, unauthorized broadcasts are thriving.

For most popular fight cards, dozens of dedicated pirate streams are queued up via unauthorized IPTV services, streaming torrents, and streaming sites, in the latter case often masked with an overlay of ads. At the same time, unauthorized rebroadcasts also appear on more traditional Internet platforms, such as YouTube, Facebook, and ___.

This is a thorn in the size of rightsholders, including the UFC, which dominates the MMA fighting scene. To tackle the problem the UFC has employed various anti-piracy strategies. Most recently, it contracted Stream Enforcement, a company that specializes in taking down pirated broadcasts.

In addition, the MMA promoter also involves itself in the lawmaking process. Just a few weeks ago, UFC General Counsel Riché McKnight, shared his anti-piracy vision with the Senate Committee on the Judiciary.

One of the main goals for the UFC is to criminalize unauthorized streaming. Unlike downloading, streaming is currently categorized as a public performance instead of distribution, which is punishable as a misdemeanor, instead of a felony.

The Senators made note of this call, which was shared by another major sports outfit, the NBA. They also had some additional questions, however, which McKnight could answer on paper later, so it could be added to the record.

These answers, which were just published, show that the UFC is not satisfied with how some social media companies and other online services address the pirate streaming issue.

McKnight explains that the UFC has takedown tool arrangements with several social media companies, but adds that online platforms have neglected its requests to combat illegal streaming more effectively.

“We believe communication, coordination, and cooperation could be greatly improved. Our general experience is that those subject to the Digital Millennium Copyright Act (DMCA) use it as a floor and do the minimum required to be in compliance,” McKnight notes.

The UFC notes that Facebook recently bettered its communication and ‘slightly’ improved its takedown response but overall, more could be done. However, most online services appear to be reluctant to voluntarily do more than the law requires, which means that in order to trigger change, the law should change.

“Private, voluntary partnerships (with online platforms) are not sufficient to combat online piracy. Addressing this problem requires a new approach that includes a strong legal framework, a combination of private and public enforcement, and enhanced cooperation with our international partners,” McKnight writes.

Criminalizing streaming is a step forward, according to the UFC. However, that doesn’t affect the platforms that host these streams, as these are protected by the DMCA’s safe harbor provisions.

According to the UFC’s General Counsel, Congress should consider other options as well. In particular, changes to the legal framework that will motivate social media companies and other online platforms to proactively prevent piracy.

“Transitioning from a reactive ‘take down’ regime to a proactive ‘prevention’ regime would better protect and enhance a vibrant online ecosystem,” he adds.

McKnight specifically mentions policies to effectively ban repeat infringers, which is already part of the DMCA, but not always properly implemented.

While not specifically mentioned, the words “proactive” and “prevention” are reminiscent of the EU’s Article 17, which could potentially lead to upload filters.  The UFC doesn’t reference filters here, but other rightsholders have in the past.

Later this year, the US Copyright Office is expected to issue a report on the effectiveness of the DMCA’s safe harbor provisions. This will be based on input from a variety of stakeholders, some of which discussed filtering requirements.

The UFC hopes that the Copyright Office report will further help Congress to shape a more effective legal framework to tackle online streaming.

A copy of the written responses to the questions from the Senate Committee on the Judiciary is available here (pdf).

Very last yr several significant history labels, represented by the RIAA, submitted a lawsuit towards ISP Grande Communications accusing it of turning a blind eye to pirating subscribers. Kodi In accordance to the RIAA, the […]

With Bollywood, India has a thriving movie industry that’s known all around the world. Travel On the other hand, the country also has one of the highest piracy rates, which is seen as a major […]