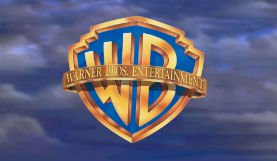 Last week there was quite an uproar when Starz deleted one of our tweets, which linked to a news article about several prominent TV-show leaks.

As reasons for the takedown, the DMCA notice mentioned “images of the unreleased episodes” and “information about their illegal availability,” something that’s generally seen as fair use.

Making matters worse, Starz also sent takedown requests to several people who tweeted links to the article where we complained about the first takedown. This then generated a lot of criticism from journalists, legal scholars, and the public at large.

Starz eventually retracted some of the DMCA notices and apologized for the “misunderstanding” in a public statement. We have yet to hear back from the company directly, despite multiple requests, so we decided to move on. There’s more news to report, after all.

However, a few days after the DMCA notice from Starz, ___ contacted us with a similar complaint, again from an American media giant. Apparently, Warner Bros. had also asked the social media platform to remove one of our tweets.

The takedown notice, sent by Warner Bros’ anti-piracy partner Marketly, accused us of posting a tweet that made “computer program(s)” available “for copying through downloading,” without permission of the copyright owner.

“We hereby give notice of these activities to you and request that you take expeditious action to remove or disable access to the material described above, and thereby prevent the illegal reproduction and distribution of this software via your company’s network,” the notice added.

At TorrentFreak we simply report news, and looking at the “infringing” tweet in question, we fail to see a link with software piracy. Instead, it’s simply a link to our news article about the previously convicted admins of the movie pirate sites Kinox.to and Movie4k.to.

Still a bit puzzled, we looked back at the DMCA notice again and noticed that it didn’t list any software, but movies and TV-shows instead. That made more sense, but the takedown notice still doesn’t.

We assume that Warner Bros. isn’t happy with Kinox.to and Movie4k.to, which is understandable. However, removing a tweet to a news article that discusses a newsworthy event related to these sites goes too far.

Especially when you consider that our article doesn’t even link to these sites. The tweet does, ironically, but those links are automatically generated by ___. We didn’t put those in. Yet, we are punished for it, adding a copyright ‘strike’ to our ___ account.

We assume that this is yet another misunderstanding and we kindly request Warner Bros., via Marketly, to sort this out. While we’re at it, we will ask about the mysterious pirated software, because we still haven’t located that either.

Incidents like this show that there is surprisingly little attention paid to the context of potentially infringing content. This was also fairly obvious last week with the Starz drama, which hasn’t been completely resolved yet. On the contrary.

Some of the tweets linking to our reporting about the leaked TV shows remain unavailable at the time of writing. This includes a tweet from ‘FCT,’ who complained about the situation repeatedly. We requested clarification from Starz on this issue earlier this week but haven’t heard back.

Starz did remove some of its most recent takedown requests, including one directed at our original tweet. However, at the same time, it also reversed several DMCA notices for content that does appear to be infringing, as shown below.

It looks like they’re not paying much attention at all.

There Were 140 Piracy ‘Incidents’ in UK Cinemas Last Year

The earlier a film ends up on pirate sites, the more filmmakers, cinemas, and other players in the movie industry stand to lose. Travel This is the main reason why movie theaters keep a very […]

Public sharing of movies and TV shows before their commercial release is considered to be one of the most damaging types of piracy. With no official copies on the market, entertainment companies are unable to […]

Swedish Net company service provider Bahnhof is continuing its campaign from copyright holders that focus on alleged file-sharers. The corporation has printed an report which exhibits that these copyright circumstances have little to do with […]