Microsoft has started to roll out the Windows 10 November 2019 Update now. As is typical with most new Windows 10 updates, delivery to users will be gradual, so you shouldn't be too worried if you can't download it yet. With that said, it's worth checking to see if your PC can obtain it by heading to Settings > Update & Security > Windows Update. 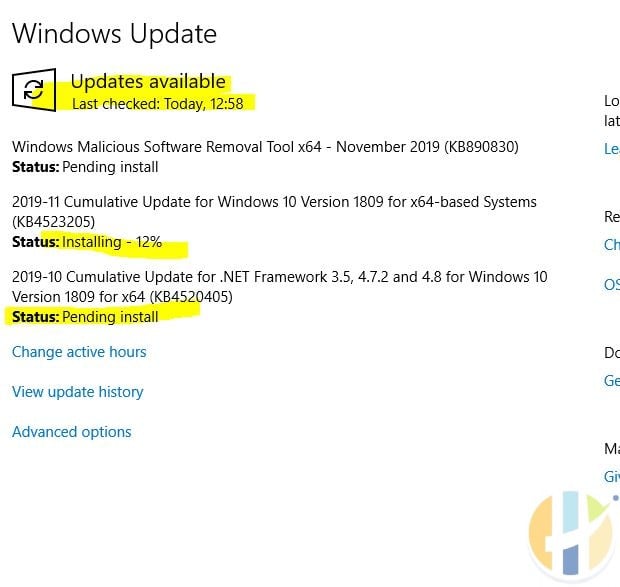 The Windows 10 November 2019 Update is unabashedly a minor update by Microsoft standards. The new upgrade is more focused on introducing refinements.

“include a scoped set of features for select performance improvements, enterprise features, and quality enhancements”.

Earlier this year Microsoft did give notice that its new operating system would get more performance features and quality enhancement.

Windows November 2019 does include a number of improvements that should get you excited.

Working on the Move, Then Windows 10 should improve the battery life of PCs powered by certain processors.

Simpler and more easy to have power over the notifications you receive. When you're delivered an alert you can now tap on a settings button to permanently mute the programme in the future.

The graphical interface that makes Windows 10 look like, well… Windows 10. is also upgraded in the November 2019 Update.

Users now able to add events to their calendar without having to open the calendar app itself, use fly-out menu can now instead.

A long-awaited enhancement to the File explorer got a new update enhancement, it’ll now let you sort through items that are stored locally and in the cloud.

Las by not least Cortana. Yes yes, we get loads of updates every now and then for Windows Virtual Assistance. but it is more than obvious that Windows 10 users aren’t fond of Microsoft’s chatty virtual assistant – Cortana. The new Cortana update is a TREAT you won't want to mess in Windows. The November 2019 Update will allow you to leverage third-party assistants, like Amazon’s Alexa, on your device lock screen. What says you to that?

Killing Bugs is Microsoft main reason for making updates, so it wouldn't be an update to an Operating system if there were no BUG Fixes, the new software will also quash a number bugs that have manifested themselves in its current May 2019 Update.

Kodi Use Protection Kodi The URLResolver Kodi incorporate-on works in the qualifications to enhance your Kodi practical experience on pretty much just about every well-liked Kodi increase-on. What does the newest Kodi URLResolver update deliver […]

Watch 3D movies using VLC in your own Windows PC

Millions of Net subscribers use their connections to download and share copyright-infringing material. It is been likely on for just about two a long time presently and demonstrates no indicator of halting. IPV 728×90 (set […]