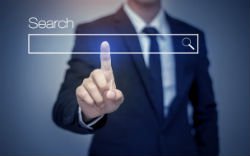 In many developed countries, rightsholders are in dispute with search engines over the appearance of pirated content in search results and other indexes.

Back in August, TV companies under the Gazprom-Media umbrella filed complaints at the Moscow City Court, demanding that Yandex remove links to infringing content. Yandex initially refused to comply but under threat of ISP blocking, eventually took preventative action.

In September, the TV channels filed another four lawsuits against Yandex. The companies asked the Court to order the search provider to “stop creating technical conditions that ensure the placement of [infringing] works on the Yandex.ru website.”

At the time, it was reported that the underlying aim of Gazprom Media was to reach a settlement agreement with Yandex, which would see the search company take action against infringing content. That aim, it seems, is well on the way to being achieved.

The press service of Gazprom reports that settlement agreements have been reached in four lawsuits, two featuring TV3 and Super TV and another two featuring TNT and 2×2.

The settlements are directly linked to the landmark Memorandum of Cooperation signed by Russia’s most powerful tech companies and several major media companies early November.

The agreement will see the formation of a central database of infringing sites which will provide information on what content tech companies should remove from their indexes. The database will be queried every few minutes, with search platforms removing infringing links visible in Russia within six hours.

Commenting on the settlements, Gazprom Media said that the cooperation agreement signed last month represents another important step towards “the development of civilized content consumption.”

Reports circulating mid-November indicated that Yandex had already started to comply with the memorandum’s terms by deleting links to infringing content.

In a globe where World-wide-web connection speeds have risen to heights we could only dream about a number of limited several years in the past, for most folks intricate videogames however acquire an complete age […]

There can be little doubt that the wide availability of unlicensed streaming portals and IPTV services is causing grave concern among football leagues all over Europe. The Premier League has been particularly vocal about this […]

Earlier this year a series of allegations were lodged against NordVPN. The company was being linked to Lithuanian tech company Tesonet, which offers a wide range of services and products. According to the allegations, Tesonet […]