Hit anime TV series Dragon Ball Super reaches episode 130 this Saturday with millions lining up to watch “The Greatest Showdown of All Time! The Ultimate Survival Battle!!” In Mexico, it looks like turning into a national event, with local governments planning screenings in football stadiums and other public places. Trouble is, they have no license to do so and Toei, the company behind the series, is extremely unhappy. 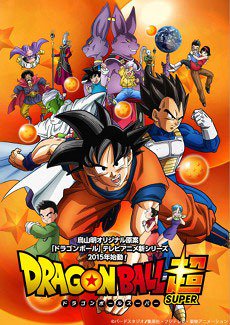 When one thinks of large-scale piracy, sites like The Pirate Bay and perhaps 123Movies spring to mind.

Offering millions of viewers the chance to watch the latest movies and TV shows for free the day they’re released or earlier, they’re very much hated by the entertainment industries.

This Saturday episode 130, titled “The Greatest Showdown of All Time! The Ultimate Survival Battle!!”will hit the streets. It’s the penultimate episode of the series and will see the climax of Goku and Jiren’s battle – apparently.

The key point is that fans everywhere are going nuts in anticipation, so much so that various local governments in Mexico have agreed to hold public screenings for free, including in football stadiums and public squares.

“Fans of the series are crazy to see the new episode of Dragon Ball Super and have already organized events around the country as if it were a boxing match,” local media reports.

For example, Remberto Estrada, the municipal president of Benito Juárez, Quintana Roo, confirmed that the episode will be aired at the Cultural Center of the Arts in Cancun. The mayor of Ciudad Juarez says that a viewing will go ahead at the Plaza de la Mexicanidad with giant screens and cosplay contests on the sidelines.

But despite all the preparations, there is a big problem. According to reports, no group or organization has the rights to show Dragon Ball Super in public in Mexico, a fact confirmed by Toei Animation, the company behind the show.

“To the viewers and fans of Dragon Ball. We have become aware of the plans to exhibit episode # 130 of our Dragon Ball Super series in stadiums, plazas, and public places throughout Latin America,” the company said in an official announcement.

“Toei Animation has not authorized these public shows and does not support or sponsor any of these events nor do we or any of our titles endorse any institution exhibiting the unauthorized episode.

“In an effort to support copyright laws, to protect the work of thousands of persons and many labor sectors, we request that you please enjoy our titles at the official platforms and broadcasters and not support illegal screenings that incite piracy.”

Armando Cabada, mayor of Ciudad Juarez, Chihuahua, was one of the first municipal officials to offer support to the episode 130 movement. He believes that since the events are non-profit, they can go ahead but others have indicated their screenings will only go ahead if they can get the necessary permission.

Crunchyroll, the US video-streaming company that holds some Dragon Ball Super rights, is reportedly trying to communicate with the establishments and organizations planning to host the events to ensure that everything remains legal and above board. At this stage, however, there’s no indication that any agreements have been reached or whether they’re simply getting in touch to deliver a warning.

One region that has already confirmed its event won’t go ahead is Mexico City. The head of the local government there told disappointed fans that since they can’t get permission from Toei, the whole thing has been canceled.

What will happen in the other locations Saturday night if licenses haven’t been obtained is anyone’s guess but thousands of disappointed fans in multiple locations raises the potential for the kind of battle the Mexican authorities can well do without, even if Dragon Ball Super thrives on them.

Adhering to court orders and website blocking regimes around the globe, The Pirate Bay is blocked in dozens of countries. IPV-Sports-728×90 The performance of these measures is often a matter of debate. Copyright holders commonly […]

For much more than a ten years, Denmark has been a a frontrunner when it arrives to pirate website blockades. Travel The very first blocks day back again to 2006 when audio field group IFPI […]