No More SPMC and Koying making MrMC only

Popular open source, cross-platform media player Kodi is available for Linux, Mac, Windows, and Android, among other operating systems. But while there’s a version of Kodi in the Google Play Store, you won’t find Kodi in the Amazon Appstore, which means you have to jump through some hoops if you want to install it on a Fire tablet or Fire TV device.

But there’s fork of Kodi called MrMC that is available from the Amazon Appstore… and also Apple’s App Stores for iOS and Apple TV. Why do Amazon and Apple allow it? Because MrMC doesn’t support third-party plugins, which means it cannot easily be used to stream pirated content to an Amazon device.

MrMC isn’t the only fork of Kodi that’s available for Android. Developer Chris Browet, (also known as Koying) has been developing an alternative called SPMC for years… and he’s done a lot of the work to bring the official version of Kodi to Android as well.

SPMC is available from the Play Store, supports plugins, and… is no longer under active development. That’s because Browet is moving to MrMC. 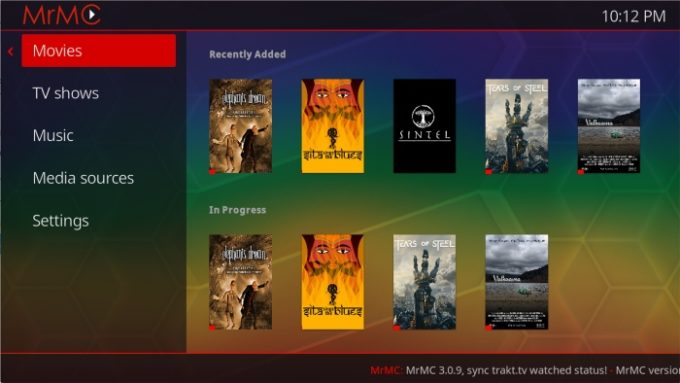 According to a post at the MrMC website, Browet will be responsible for maintaining MrMC for Android with a focus on FireOS and NVIDIA Shield devices.

While the app doesn’t support third-party plugins, it does provide a great way to stream content from a USB drive or shared network drive to a Fire TV device. And since it’s available from the Appstore, it gets automatic updates. I’ve been using it on my Fire TV devices for a few years.

AFTVNews reports that while the addition of Browet to the MrMC team isn’t going to change the no-plugin policy, the team does plan to add support for Python and some popular plugins may soon be pre-installed, including a Plex add-on for Kodi.

Overall, the bad news is that with SPMC no longer under active development, there are now fewer choice for folks that want to run Kodi or a similar application on their media streaming boxes, phones, or tablets. The good news is that most of the top developers working on Android ports of Kodi are now working together on the same team, which can only be a good thing for future development of MrMC.

Full Guide to the BEST KODI ADDONS TO INSTALL FOR MOVIES, TV & MEDIA IN AUGUST 2019

Full Guide to the BEST KODI ADDONS TO INSTALL FOR MOVIES, TV & MEDIA IN AUGUST 2019 If you are like me that just want the best KODI addons always appear in your KODI whenever […]

Movies Addons KODI XBMC MAY 2016   Some of the greatest movies can be watched now using KODI 3rd Party addons. These movies can come in all quality and sizes. Some addons now even allow […]