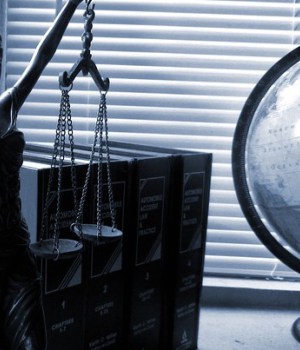 For almost two decades the DMCA was the cornerstone of internet legislation, allowing online community platforms such as YouTube, Facebook, Twitter, Spotify and Reddit to flourish. It offered protections to user generated platforms so that they could operate openly without being liable for abuse that was not of their making. These platforms are now huge, but without the DMCA copyright lawsuits in their early days would have annihilated them.

Over the past year, all that has changed. Less than two weeks ago, a federal judge in New York ruled that several large news organizations were liable for embedding a tweet of a photo that was uploaded without its photographer’s consent. How were they supposed to know that the person who uploaded the photo wasn’t the photographer? Internationally the situation is even worse, it’s beginning to be quite clear that proactive anti-piracy monitoring are to be the future standard.

In our case, we index scripts that are designed to scrape content from external web sites. We never hosted nor direct linked to any form of protected media. Many of these scripts are programmed to scrape content from dozens of online sources at once, and each of those sources likely indexes thousands (if not hundreds of thousands) of works each. That’s millions of licenses that we’re seemingly expected to somehow verify.

It’s important to realize that despite what the movie industry wants the internet to believe, they do not hold a monopoly over copyright. Copyright is everywhere: every image, video and even text is protected by copyright. When you create something, you automatically own its copyright. Proactively enforcing copyright means enforcing everyone’s rights, not just those of big business.

As a third party surfing the web, how are you supposed to verify for certain whether a web site you are visiting is actually licensed to distribute whichever media is being shown? The short answer is: you can’t.

When it comes to third party auditing of online content licensing, all you can really do is make assumptions based on reputation. You can assume that Netflix is licensed to broadcast the content they offer, but that’s about it. There is no way of actually verifying the distribution license for each individual content offering.

While some works may be registered with authorities such as the US Copyright Office, registration of works is not mandatory. Furthermore, every country has its own copyright laws and terms – leaving web sites open to even more liability over conflicting international regulations.

This brings us to the juiciest part of the issue… Although many protected works may be registered, there is no database which can be consulted to verify external licensing of protected works. Many movies and TV shows are licensed out to hundreds of broadcasters around the world, no simple method exists for verifying any of these licensees.

Assumption based enforcement would discredit any disruptive new platform that has not yet earned an institutional level of reputation. Where would that leave independent content creators and broadcasters? Should we fear linking to any of their content simply because they are not yet big (or old) enough to be considered a household brand?

Online platforms that offer user generated content will always be playing a game of cat and mouse when it comes to enforcement. Proactive enforcement is extremely difficult. Spending millions of dollars on AI-based enforcement might seem like a solution, but even YouTube and Twitter can’t seem to prevent horrific things like ISIS recruiting videos from being posted to their platforms regularly.

Back to our story, we allowed addon developers to share their code through our platform – code that itself contained nothing infringing whatsoever. We contend that as an online platform indexing user generated contentwe should have been given notice of alleged infringement before having had our domains seized. Furthermore, since Kodi addons act as a mere conduitand developers do not have actual control over content, it could be argued that they too should not be held liable in absence of a notice of infringement.

The internet was once the new frontiera new world where everyone had a chance of becoming successful through hard work and innovation. Unfortunately this new world appears to have been taken over by imperialist-like powers who will stop at nothing to seize full control, over everything.

At minimum, international legislation needs to be passed that requires a notice-and-takedown system of copyright enforcement. A system that requires that rightsholders notify online platforms of problematic content prior to initiating draconian legal action. It is unreasonable to expect an emerging platform or small business to be able to defend themselves against copyright bullies with unlimited resources.

Rightsholders and online community platforms need to be afforded equal protections under the law, not one way protections that favour the mighty.

The Canadian Authorities is no stranger to having its copyright insurance policies critiqued. The US Trade Representative, for case in point, has continuously put its northern neighbor on a “watch list” due to the fact […]

During March, US-based author John Van Stry filed a copyright infringement lawsuit against Travis McCrea, the operator of controversial eBook download platform eBook.bike. McCrea initially opted not to become involved in the US lawsuit and […]