The return for the was incredible. It made people say it was worth the wait for the first only live KODI/XBMC /streaming info show. Where people got to hear developers and YouTube a like get questioned and answered by Husham (me).

I made a new effort to appear differently in the show this time and seems to have paid off with users appreciating the value of listing to a live that was made for the people. Discussing the need for the people, not to mention it was a q&a for people questions.

Users / developers and liters were also in the show listning and answering people question.

The show has revealed it self to a mecca of sort to attrac devlopers to answers Streaming community.

The husham live shows is the first live show in the streaming community to take aproach of answering and gathers unknown users that normally you only get to hear of them exsist.

Time and time again people have nominated the Husham YouTube live show as the only platform that can get the help they needed.

Confidence now rise as the show has returned. Users now know that certain standards of how people behave can accomplish an incredible thing.

When the first show started, there was no name tag and no episode number and no season definition. It rather just had. THE HUSHAM LIVE as the title description.

The return of show has made it a dramatic return change. Not only did the show made people comfortable again but also I noticed that the show made a new high. 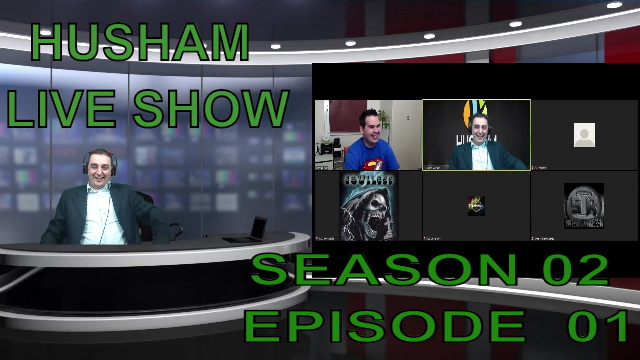 This is a new number indeed,  and users through the known streaming world was asking many questions and no doubt most were answered as quickly as possible.

The show moderators made it quite simple to make sure no foul play or no harassment taken place throughout the show.

The help of BackBeat ,HIFI and Trooper 69 was impressive to say the lease.  As the manage to keep the peace and get questions corrected correctly.

Also people like Phonix crew (COSMIX) AND UK Turks joined as some of the big name of people.

People like lee tv and touchtone joined to listen a d assist for the show.

With guest in this show staring TDB / EVOLVE sports / Soulles / Dimitrology & Shaneyes repo/addon joining. Then people knows that this show is very well appreciated in YouTube streaming community. I have

Kodi Kodi Use Protection PBS Kids Kodi addon PBS Kids offers a huge range of family-friendly content but the website only allows you to watch the latest episode of each show. That’s where the PBS […]

Kodi Kodi Use Protection Kodi Gvideo one-way links are some of the most dependable and preferred Hd links observed in Kodi add-ons. You may possibly have seen that Google Online video links have been lacking […]