Today I am going to do something that I wasn't planning to do, I am going tell you the full story behind all these dramas and why I am doing it and what is the cause of all this.  Perhaps I should just keep quiet and perhaps I should not even be been considering lowering myself to all these issues, but the truth of the matter, we all know that it is getting out of hands.

People that are on youtube, and I say youtube as a big medium of viewers that want either entertaining or help videos for KODI videos should consider how other people in youtube watch your videos because you are trying to make it right, Not trick people into clicking for views. But this is what is happening these days. (Thank you youtube for your stupid algorithm for making life worse than ever on youtube )

Back in 2015, I made few live show to generally discuss things and help you guys out. When I did these live streams I was the first to do them so naturally, I got many questions, One of the questions that got me stumped was when someone asked me Can I install KODI in Smart TV, I naturally Answered you, can't man, this thing is just not possible unless you have an Android Operating system, back then of course I had few YouTubers come to my live shows as well and Solomon was one of them. But what I didn't expect that people were all shouting at me saying YOUR FRIEND SAID YOU CAN DO KODI ON SMART TV, and oh shit, I said but it's not possible, how can that be. I never saw the video until after the Live stream ended. 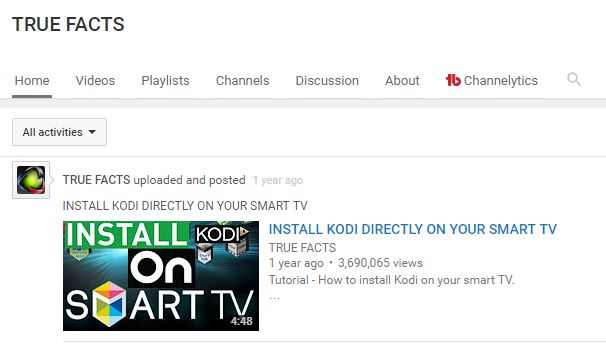 As you can see from the above image the video is still up on youtube and has his voice, And then I find out he made other fake videos as well 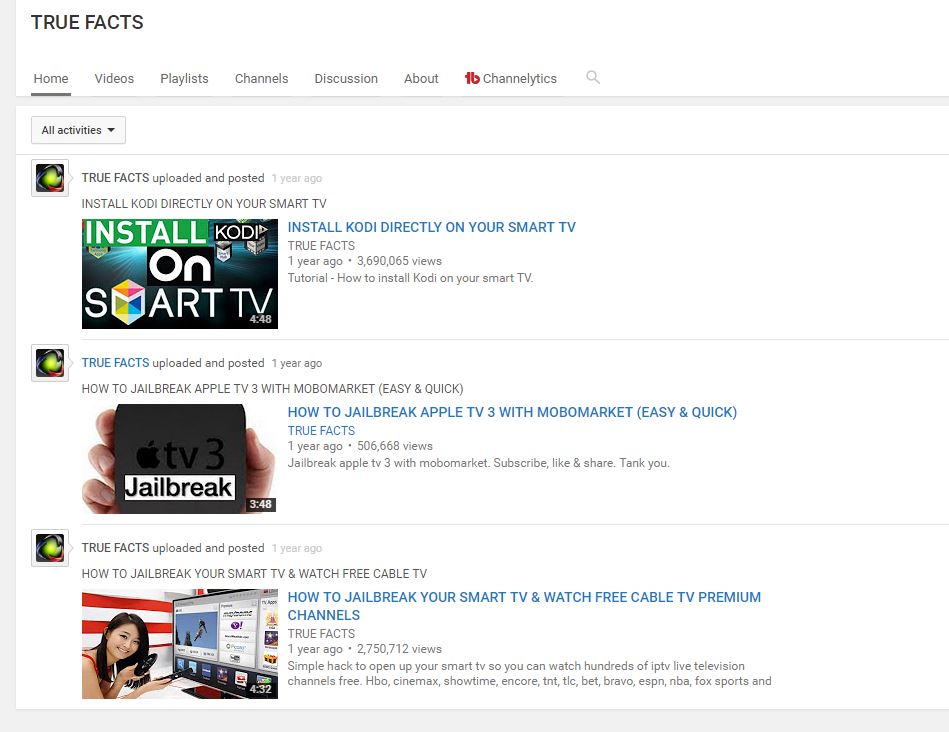 and in case he denies them videos and removes them .. I copied them so you guys can hear for yourself

The most troubling were that he made these videos on many other youtube channels and copied them several times just to waste people time. He got 1 mil views at least for all of them because no one will make any other video like these fake videos so he was ok to trick people. This is when I started confronting Solomon. I asked him, Did you really do these videos? That's when I got the silence treatment?

Time went by and I looked like a fool for harboring such an individual in the name of friendship, I made an addon for him and made him do a website solomanchannel.com, helped him with his GitHub account. Was about to make even a repo for him and a forum.

Of course things came to worse when he decided to attack TV Addons, And I begged him don't do it.

Oniel aka Solomon then started another fake rumor that KODI Addons going paid, and Again I did not know about this from him or even hear of it from him. The situation was that I had to respond. So I made a video, WTF is KODI going paid for? and how, I needed to response to that, so I did.

This came back with a quick response from users telling me that it was Oniel aka Soloman who is spreading this rumor. I sent .. NO it can't be. , I even followed that video and went live with DVD King at the time and was stunned that people saying, Soloman

And once again I was trusting the word friend and helping the community to a better end that I didn't want to believe my own eyes when I saw this video of Kodi going paid. Thats when he contacted me in Skype before I reached to him, I was still gathering my thoughts on what the hell did happen, Why did he do this? but then the signs were there always. He just wanted views and clicks. And this was apparent by the way he messaged me.

So that was interesting, he just wanted to tell me its ok and just tell people to go to his new channel. Which made me think, Why or better yet WTF!!!!!

The interesting thing is how he responded, he went out on youtube and said stop listening to Husham. WHAT!!!!!. WHAT!!!!!. Does he not know That I am managing his website. WHAT THE HELL..

So I responded with Anger, I got dam control of the IP List on one of his popular videos on his idiotic channel,  And his website. So the first thing I did, I deleted the list and replaced it with unsubscribe from soloSolomonyou want that list to continue, And I will never continue that list ever again as long as he is there in youtube pretending to be know it all shit crap.

And then I responded by showing everyone that I know he is an idiot and how he handed me to do everything for him. So I deleted his website live. Which until today he has not recovered from it, check the video below.

This is when he started sending his guard dog AKA Touchtone. Which if you think about it. Touchstone would not have even had a voice if it wasn't for my live shows that introduced him to the world. Soloman would not even be talking to touchtone if it wasn't for me introducing these idiots to each other. But all dogs run after the same ball.

Lately, Soloman has blocked me from skype but he has been sending messages to everyone through facebook touchtone. Because he knows he rather uses fake accounts to talk to people or have others talk on his behalf.

Touchtone a.k.a has attacked me several times in facebook and hangouts but I didn't care for a low-level youtube that has an eating complex.

If you remember I had a Husham Wizard / Build and this website was mainly about Kodi addon and kKodiwizards. But this all changed when Soloman reported me to Fact and Shut down my wizard and build. An inside source from Fact told me about this, I can't go into too many details.

I told my peers this and they all told me that I should report him as well. Allot of the people that I talked to and walked with done videos too, I told them I will not do anything, But he will get worst but I don't want to lower my standard by going after him for idiotic things like reporting each other. He did report me but I won't do it. I am not like that.

KODI Shut down, KODI will go down, KODI is forced to shut down. All these are titles from Oniel and his guard dog that reported this.  and moving on to the to the recent event,

This is when Touchtone sent me a message on facebook that Soloman wants to make up with me and bring a new Colab.

All these years and all this time I know that these two don't know anything apart from harassing and attacking and gathering good click bait videos. I couldn't stop laughing. And brings us to the latest video below

See I had no good experience with these two idiots at all. I have been attacked, harassed, Don't anything to them, Avoided them, But Enough is enough. I write this and hope that people will unsubscribe from him and stop seeing his videos. Stop being fooled by him. He is only there for one thing. Tricking you blind.

Avoid these too for god sake.

▼Help me spread the word – Translate My vides
goo.gl/Xvi9W2

▼Husham T-Shirt
Get your very own Husham Tshirt ➜ goo.gl/Dv6loD

Smart IPTV player is a lightweight tool of playing m3u file. Add online m3u url and download playlist. Add your channels to favourite list. Support m3u only. Kodi Thanks for using our tool. IPV-Sports-728×90 By […]

NEW BEST IPTV ANDROID APK – DAILYUPDATES FOR 2016 ANDROID BOXES, SMART PHONE & NVIDIA SHIELD   You will need three apps to make this work 1 – MX PLayer – get it from the […]