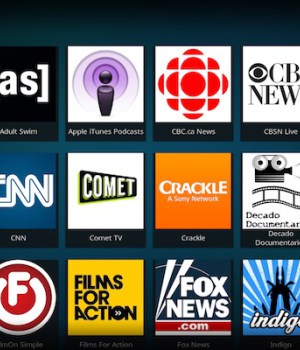 Despite what the critics may say, there are many amazing Kodi addons which have absolutely nothing to do with piracy. Over the past year, our community has gone through a lot of changes but is consistently growing to become stronger and more resilient than ever before. We’ve put together a list of what we consider to be the best Kodi addons in the game right now. For easy installation using our new Git Browser tool, we’ve included the developer’s GitHub usernames for each of the unofficial Kodi addons listed. If you don’t see a GitHub username listed, it means the addon at question is distributed through the official Kodi repository.

Over the past few years, copyright bullies have become more and more militant in their desire to maintain their archaic monopolies over the distribution of entertainment media. We are no longer confident in the DMCA’s supposed protections for online platforms. We also learned the hard way that Canada offers zero protections of disruptive technologies based on user generated content, seriously threatening innovation in the country. As a result, moving forward we will only be able to index Kodi addons for which content licensing can be easily verified. The thing is, verifying licensing online is next to impossible, regardless of the source.

Please note that you may use our Git Browser tool to install unrestricted Kodi addons (even ones we don’t support), all you’ll need to know is the GitHub username of its developer.

USTVcatchup is an up and coming Kodi addon that allows you to watch on-demand television episodes from ABC, Cooking Channel, DIY Network, Food Network, Freeform, HGTV, NBC, PBS Kids, Smithsonian Channel, SundanceTV and Travel Channel. There’s quite a few top TV shows in there. Outside of the United States? You might need a VPN service.

Crackle was one of the first ever dedicated streaming sites for watching popular movies and TV shows. It is owned by Sony and is totally free, giving you HD access to a huge library of reliable streams for some of the most popular titles of old and new.

Those of you who want non-stop action, look no

further! Charge is a regular TV channel that broadcasts action movies, action TV series and sports entertainment all day long. Since this is a live TV channel, you’ll have to watch whatever they have playing, meaning no video-on-demand content.

Comet TV is an all day Sci-Fi channel featuring popular science fiction favourites, cult classics and undiscovered gems. This Kodi addon is great for anyone who wants to watch Sci-Fi (and nothing else) all day long.

favourite sitcoms such as Everybody Loves Raymond, along with some fresh original comedy series such as Younger, Impasor, Teachers and more. This is a fantastic Kodi addon for anyone who enjoys comedy.

Adult Swim is the nighttime programming block of

the Cartoon Network, mainly intended for mature audiences. Stream all your favourite cartoons such as Rick and Morty, Robot Chicken and Samurai Jack free of charge and in high definition. This is definitely a good choice in Kodi addon for all the cartoon lovers out there.

collection of feature length movies. Most of the titles you’ll find in there are lesser known, but you’ll find some all-time classics in the mix as well. It’s highly reliable and streams are of high quality. Another great Kodi addon from the official repository.

TBD is a new type of online TV channel geared for the millennial audience.

TBD focuses on internet based TV series, comedy, animation and music. This Kodi addon is good for when you’re looking for something short and entertaining aren’t sure what to watch. This is another live TV channel, so you’ll have to watch whatever they are airing.

to replay episodes from British television networks Dave, Drama, Really and Yesterday. There’s quite a bit of content to watch in there, tons of TV shows and episodes updated constantly. Definitely a worthwhile addon. Outside of the United Kingdom? You’ll need a VPN service.

BBC iPlayer was one of the first online streaming sites in the world, offering both live television and replay content at no cost at all. iPlayer WWW gives you access to some of the best British produced content, fast streams and high definition content. Outside of the United Kingdom? You’ll need a VPN service.

Watch all your favourite classic cartoons such

as The Jetsons, The Flintstones, Looney Tunes and more. Just when you thought you’d never see these titles again, the Toonjet addon for Kodi makes it possible. Whether you’re watching yourself, or want to introduce your children to classic animation, this Kodi addon is a nice addition to your media device.

Although it gets far less attention tha

n some of the rest, USTVnow Plus is one of the most popular Kodi addons of all time. It takes two minutes to register for their free service that gives you live access to ABC, CBS, The CW, FOX, NBC, PBS and My9. They also a decently affordable paid option that gets you access to all the American premium cable networks you can imagine.

and prerecorded content. This Kodi addon is particularly powerful if you’re looking to keep up with multi-network news coverage throughout the day, but also offers other content such as comedy, entertainment, movies and sports. In terms of live TV, it’s one of the best.

that contains hundreds of live streams and counting. This addon was made to allow you to easily browse through and watch these streams. Depending on the day, you might find different streams available, including sporting events and more.

TVPlayer.com is another fantastic streaming service that gives you access

to 59 high definition channels free of charge. The TVPlayer.com channel list isn’t second tier either, it includes some of the most popular TV channels in the world. Not all of the available channels work on Kodi, but most seem to. Outside of the United Kingdom? You’ll need a VPN service.

through the TVCatchup.com addon for Kodi. This addon appears to work anywhere in the world, and streams about 32 television channels free of charge. All streams are broadcast from official sources for reliable HD viewing.

Tons of interesting live IPTV channels from across the globe. The free channels provided by FilmOn might be somewhat lesser known, but still offer a trove of great content. When you’re not sure what to watch, or are looking for international live news channels, you might find something good to watch in FilmOn.

Livestream is an online platform that enables television stations and events from around the world to broadcast their content live over the internet. The channels are a bit obscure, but once in a while you’ll find a gem. There’s nothing to lose since it’s entirely free of charge anyway.

Vice is one of the fastest growing media organ

izations in the world. They’ve gone from being a small time magazine, to a hugely popular YouTube channel, a hit show on HBO, and even have their own TV stations around the world. Their content varies, from documentaries to comedy, to all of other entertaining content.

Films for Action dubs itself a community maintained library of movies for people who want to change the world. This Kodi addon offers some very interesting documentaries and films on a broad variety of topics, meant to incite social change.

This is a great addon for anyone who enjoys

learning while watching television. The Smithsonian Institute is dedicated to the sharing of knowledge, and offer some very good programming meant to educate and inspire. This Kodi addon offers on-demand content, and is not a live television channel.

Space Telescope is great for anyone who’s always wondered what’s out there, beyond our planet. Spend time watching footage from the Hubble space telescope, or one of their educational broadcasts. Just don’t expect to see aliens anytime too soon.

on from Canada that specializes mostly in educational programming. Don’t let the educational bit fool you though, learning can be fun too. Another great addon if you’re looking for something to play for the kids that will teach them rather than rot their minds.

ry local TV news broadcast in the United States. Whether you want to keep up with your hometown news, or just like to be aware of what’s happening in your neighbouring states, this Kodi addon is definitely worth the price (free of course). It’s also fantastic for when you want to get the localized version of a big news story.

News, one of America’s most popular news broadcasts. The CBSN Live addon for Kodi gives you access to a live HD feed direct from the official CBS News source. Another fantastic news addon for your Kodi device.

Sky News is one of the United Kingdom’s most popular 24/7 live news broadcasters, with international news desks providing up to the second coverage of everything going on around the world. It’s likely that this Kodi addon will mostly interest those living in the United Kingdom, but it works everywhere.

Cheddar is a new type of business new

s television. Think of it as CNBC for millennials. It’s definitely not your father’s financial news channel, broadcasting business news with a fun twist. Cheddar is a must see for anyone who’s interested in business, finances or investing. This channel is definitely something to pay attention to.

If you’re a conservative American, chances are Fox News is your go-to channel for the latest news from the United States and across the globe. The Fox News addon for Kodi does not offer live TV streaming, instead giving you on-demand access to news segments as they happen.

We’re fairly confident that most of our users ha

ve heard of CNN. While this Kodi addon does not give you access to a live feed, it does give you on-demand access to news segments updated around the clock from across the globe. CNN is another good news addon available directly from the official Kodi repository.

While this might only interest Canadians, CBC.ca News is a pretty good addon for those who don’t want to have to subscribe to cable to see the news. This Kodi addon offers both live and prerecorded news coverage from Canada’s public news broadcaster.

If you own a newer version Sony BRAVIA television powered by Android TV, you’ll be pleased to learn that you can take full advantage of Kodi without having to buy a set top box or […]