UK Prime Minister Boris Johnson was admitted to hospital for tests on Sunday, 10 days after testing positive for coronavirus. A Downing Street spokesperson said it was a “precautionary step”. Foreign Secretary Dominic Raab is expected to chair the government’s daily emergency coronavirus committee meeting on Monday in his place. 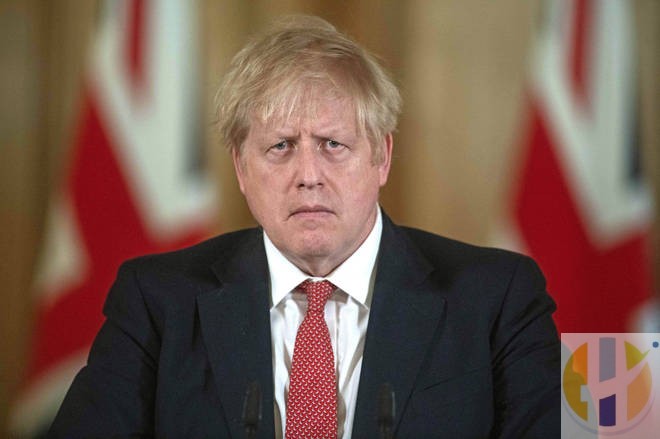 After testing positive to COVID-19 or Corona Virus, the UK Prime Minister was self-isolated for 10 days. On Sunday the prime minister was admitted to hospital for more tests on the advice of a doctor.

It was just after the queen hear whelming speech to the UK public, The prime minister was rushed to hospital

A Downing Street spokeswoman said: “On the advice of his doctor, the Prime Minister has tonight been admitted to hospital for tests.

“This is a precautionary step, as the Prime Minister continues to have persistent symptoms of coronavirus 10 days after testing positive for the virus.

“The Prime Minister thanks NHS staff for all of their incredible hard work and urges the public to continue to follow the Government’s advice to stay at home, protect the NHS and save lives.”

Boris Johnson remained in hospital on Monday morning as a “precautionary step” following concerns over his “persistent” coronavirus symptoms.

Downing Street insisted that the UK prime minister remained in charge of the government, as ministers prepared for the country’s expected peak of the disease next weekend and intense pressure on the health system.

But Dominic Raab, foreign secretary, will chair the regular meeting of the government’s Covid-19 committee, the inner cabinet where key decisions relating to the virus are taken.

The prime minister spent the night in hospital and is having what have been described as “routine tests”.

A Downing Street spokeswoman said on Sunday: “This is a precautionary step, as the prime minister continues to have persistent symptoms of coronavirus 10 days after testing positive for the virus.”

Mr Jenrick told the BBC’s Today programme he expected Mr Johnson to return to Number 10 “shortly” but that the prime minister would follow medical advice on when he should return home.

Robert Jenrick, housing secretary, said the tests on Mr Johnson were underway, adding: “He will stay in hospital as long as needed, but I’ve heard he is doing well.”

The minister insisted Mr Johnson was not incapacitated:

“He remains in charge of the government,” he said. “He will be updated regularly while he’s in hospital.”

Mr Johnson’s illness will further complicate the UK government’s task in tackling the disease, including crisis management as cases continue to rise.

He will soon have to agree on how and when the lockdown should be relaxed, a decision that will have a vital impact on the economy.

Mr Johnson has continued to run the government during his illness despite appearing to be unwell in some of his video messages.

On Friday he said in a video that he was “feeling better” despite not having fully recovered.

The spokesperson said Mr Johnson thanked NHS staff for their “incredible hard work” and urged the public to keep following the government’s advice to stay at home to minimise the spread of Covid-19.

Aides added it was not an emergency admission and Mr Johnson remained in contact with ministers and officials.

Ministers said they were glad that the 55-year-old premier had conceded that he needed extra medical help.

“This may be the jolt, the wake-up call that he realises he has to rest to recover,” said one cabinet minister. “He will have been very reluctant to go to hospital.”

One senior MP said: “It’s absolutely against Boris’s character to admit himself to hospital . . . The WhatsApp groups [of Tory MPs] are full of people concerned about his health and who is going to fill the gap while he recovers.”

Mr Johnson has sought to present a cheery front throughout his illness, telling the public that he would use the “wizardry of modern technology” to keep in close touch with colleagues and thereby continue to lead efforts to deal with the virus.

He first developed mild symptoms of coronavirus on March 26 and by the following day he was confirmed as the first G7 leader to be infected with Covid-19.

Subsequently, health secretary Matt Hancock also tested positive for the virus although he is now fully recovered and back at work.

Chris Whitty, the chief medical officer for England, went into self-isolation after displaying symptoms of Covid-19. The prime minister’s partner Carrie Symonds, who is at least six months pregnant, has also had symptoms of the virus.

“I’ve spent the past week in bed with the main symptoms of coronavirus,” she said on Twitter.

“I haven’t needed to be tested and, after seven days of rest, I feel stronger and I’m on the mend.”

On Sunday evening, there were expressions of goodwill from across the political spectrum for Mr Johnson. Shadow health secretary Jonathan Ashworth said he looked forward to seeing the prime minister healthy and well again.

“I send my very best wishes to Boris Johnson and his family tonight for a swift recovery,” he added.

Mr Hancock confirmed earlier on Sunday that a further 621 people had died from coronavirus in the UK, taking the total number of victims to 4,934.

The BBC confirmed that Boris Johnson will continue to be in charge of the government.

#BackBoris has been trending in Twitter but mostly has been negative toward the prime minister.

Mr Johnson remains in charge of the Government and is in contact with ministerial colleagues and officials.

His admission to hospital was not an emergency and was taken on advice of his doctor after his high temperature did not go away.

His pregnant fiancée Carrie Symonds also revealed this week that she had symptoms of Covid-19, but had not yet been tested