KODI 18 RC 4 also known as KODI 8 Release Candidate 4 is now available to for download, KODI 18 they seem to be admitted to continue the BETA and Release Candidate versions until the official version gets released.

This might be the new fresh look and team that the KODI community always needed. Fully working KODI 18 free from bugs and free from issues.

However, things can be far from that reality, the reality of fully working KODI with no issues and no problems is just not possible with an open source application such as KODI and especially the way the KODI team will do it.

KODI 18 RC 4 comes in after the numerous versions of testing nightly versions released on a DAILY basis to try to add more features and of course fix the simple issues that the KODI application has, such as KODI continues to crash during closing or opening took too long in Android 5, Android 6 or Windows very slow now after KODI 16 or just simple MAC version Mouse course that has still yet to be looked at from KODI 16.

Husham.com Tried to communicate all this feedback to KODI in the past. Only to fall on Death Ears.

For some reason or another KODI team have temporarily impaired the Android  ‘Kodi Android Installer' claiming this is because of the new Android API.

The strange part of this is that the Nightly version Installer was working in KODI 18 RC 1 android and this was disabled without any update on Android API part.  Which Means only one thing, KODI DOING THIS ON PURPOSE for some reason, or the other reasoning is, KODI still has bad Android Programmers.

This move from KODI on impairing one of their scripts came as a shock to everyone. This now mean users will not be able to easily upgrade to KODI 18 versions but it will not stop users to upgrade, just makes life a little bit more interesting.

Downloading using the Kodi Android Installer doesn't mean that you will not be able to download KODI, in a matter of fact, the downloading still takes place to your Android BOX, Fire Stick or NVidia Shield.

You will just need to grab it using a file explorer program in your device to install it manually from your downloaded folder.

Usually, the download folder is marked within the message but you just need to wait for it to be scrolled down to show it

Rumours Circulated as to why this move to disable Impair / Disable the Android installer.

Of course, the biggest rumour that Kodi team are trying to reduce/stop the Android Installing of KODI 18 and if true then this is the saddest moment in Kodi history.

To install KODI 18 RC 3 from the script follow these steps, after you navigate to correct folder within your Android device you can install KODI 18 by just clicking on the new downloaded APK file. 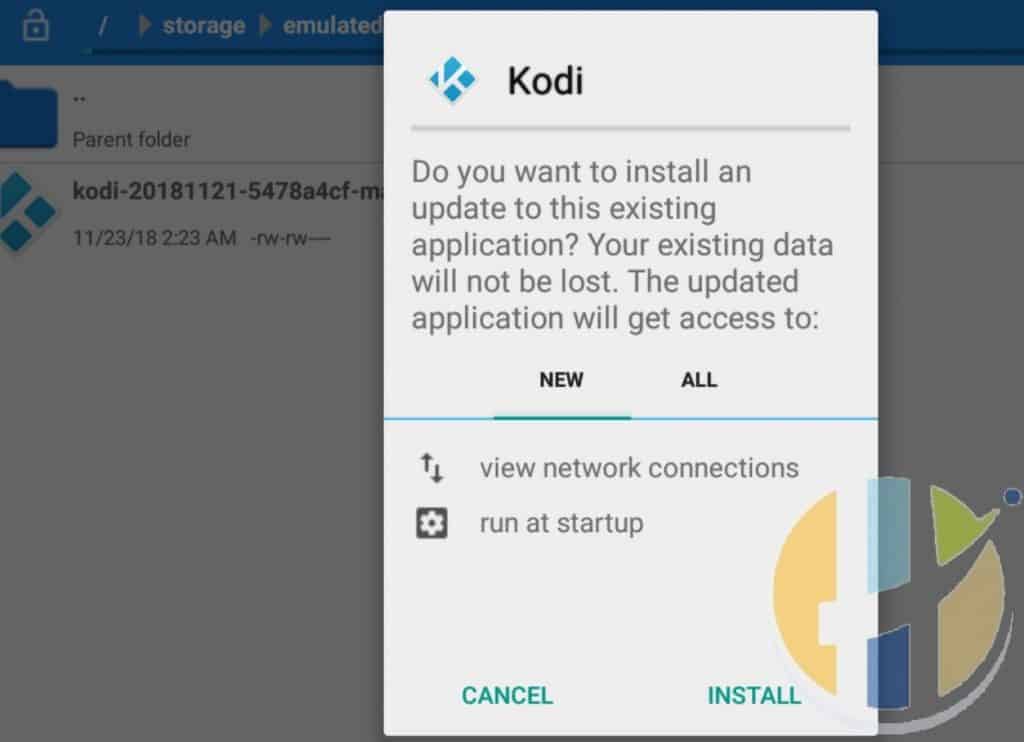 If you wish to install KDO I build you can always look in the KODI build section in the Husham.com Website or look at the Husham Memar youtube KODI Builds Playlist for latest KODI Builds

Big thanks go to the KODI ACE Team and specially KODI ACE of Clubs that has helped me a lot to making this final work for Husham Confuelnce and make it available for KODI 18.

You can use the Windows installer now to upgrade your Windows as it is not affected by the same issue the Android Installer is, but in any case, you can download the latest version from over here right now, Manual download links below