News Ticker
Contents hide
1 IPTV Shutdown continues and some still live in Dreamworld Bubble
2 Kodi
3 What is Xtream Codes IPTV?
3.1 Why Was Xtream Codes Shutdown?
3.2 What is the Big Issue?
3.2.1 What About IPTV Customers?
4 IPV-Sports-728x90
4.1 The Dream World dilemma
4.1.1 User Review

IPTV Shutdown was shocking news when many reported this to be a big thing and many still prefer to believe this is the only HOAX. Today I am going to shed some light as to what happened and also who is mainly got effected so far by the IPTV Shutdown. 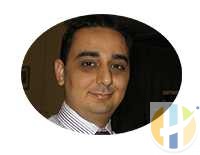 Hi all, my name is Husham Memar and I try generally to bring you the news as it comes from around the world, for the IPTV World this has never been an easy to report, as you know in the past I was in youtube and I had reached over 178 K subscribers before youtube decided to close down my original channel for general reporting and helping on the IPTV world.

It is sad that my original account has gone but the Husham.com website was always there before the Youtube channel and even though I am back in youtube now, I am still trying my best to bring you the best solutions for IPTV and the best way for you to Cut The Cord to reduce your monthly bills.

Although I am not the seller of any IPTV company, I do feel like the public feels that how we are all hurt by the big corporations to shut us down for trying to save our self from the big-spending of TV services that we don't need all the time, and the services that we do need are forced to pay twice, three or four times the price of normal standard packages.

And despite the fact this will never change until maybe we have a revolution for this, Pirate TV or Pirate IPTV seems to be the logical way to bring most of live TV in our home.

Back to what we are talking about today, IPTV Shutdown, well that word by itself is misleading I give you that, but the IPTV Shutdown term came after a recent event took place that involved many Police officers which were claimed over 100 officers across Europe taken down the big company called XTREAM Codes. Xtream Codes Shutdown affected almost every IPTV Service. IPTV Not Working for millions of people.

What is Xtream Codes IPTV? 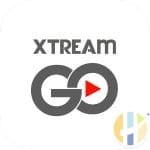 Xtream Codes is an IPTV panel that allows IPTV providers to manage their own IPTV service and also manage their customer database. It is without any doubt the most popular and used platform for IPTV management.

Why Was Xtream Codes Shutdown?

It all started by an investigation of the Italian Police GdF aka “Guardia Di Finanza”, the finance police section of Italy. They arrested a team of an IPTV provider that was working illegally by capturing Italian paid tv channels and then streaming them online. In the city of Naples, in an apartment, GdF found a lot of Italian Sky TV decoders that they re-streamed the channels online. The whole operation started since the seller or a reseller was promoting his service on a Facebook page and that was what caught the attention of the Police. When they started unveiling the IPTV providers infrastructure they noticed they were using Xtream Codes IPTV platform and since there were also foreign channels involved they contacted other countries authorities as well. That all brought to a joint force named EUROJUST. Eurojust raided the Xtream Codes panel/backend servers.

What is the Big Issue? 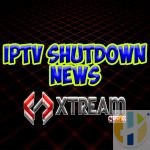 Since the Xtream Codes IPTV server was seized, Eurojust now has the data of most IPTV providers in the world! They have IP addresses of IPTV servers and the IPTV providers and possibly also names and payment data. They also have IPTV resellers data like email addresses and credits, payment info. And IPTV customers data like usernames, passwords, last used IPs and payment info. In other words, they can provide all those information to local authorities of each country where they decide how to act. It is needless to say that illegal IPTV providers and resellers and the big fishes in this operation. The authorities will surely go after the IPTV providers and on some occasions also some resellers.

What About IPTV Customers?

While most users these days use a VPN as a measure of protection, especially when streaming content online, that is not the rule to some. Even though in most articles it is mentioned that customers are in danger for fines up to $25.000, on the press conference the Eurojust officials stated more than once that they will not go after customers. That is according to the officials because most of the customers may not even know that the IPTV providers may have been illegal. But in whole honesty, according to their data, more than 5 million customers were found in Italy alone. That is more than 9% of the country (which also makes me wonder if that actual number is real). There is no way that they could go after all those people, let alone have the resources to do so. So my personal opinion, the customers should still be safe for now, but Initial reports revealed that they might be coming after customers sooner or later, the first target is the IPTV companies first. 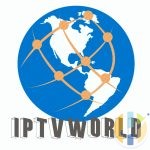 Recently I found from users that Husham.com got attacked by the same people that attacked to shutdown my youtube channel. Just because they didn't want to belive that IPTV Companies will shut down.

Today  I see that over a high number of IPTV companies have shut down due to Xtream codes issues. It is true that some are still trying to keep their customers happy by telling them they will come back online soon, and honestly I wish them the best, I mean this is not impossible but just will take a lot of time and money and most of these IPTV Companies has had their Money stopped and so they are spending extra from their pocket.

Some people have attacked the Husham.com because we reported day by day these events from all different sources.

It is sad and funny to see the people that have IPTV Panels and selling IPTV are refusing to tell the people the truth. The likes of TouchMyself and DiscoSquiffy always like to attack me by name just to get publicity from me.

It is also said that most of these YouTubers always like to ride the super speed of FAME and Glory by putting my name instead of just reporting the news as it is.

I have been attacked by many IPTV Companies lately and threatened that they don't want their name listed in here, which is the reason I am not given IPTV companies.

If you still don't believe a word I say then prepare to have your Dreamworld bubble burst, as more and more IPTV Companies close down and I get more and more messages of people asking what should they do now?

There is no rule about people sharing information, Feel free to leave a comment below about if your company still working or not, and I promise you, I am going to subscribe and test that service from own pocket to confirm this for everyone

New Apple ITUNE APP is available from the ITUNE Store to be used with your iPhone. Kodi This is another IPTV Application With the Olé TV app, pay-TV subscribers will be able to watch some […]

YOU CAN WATCH TV ANYTIME, EVERYWHERE WITH IP TELEVISION IP Television allows you to watch globally channels, international broadcasters, thematic channels and on demand on your iPhone and iPad (and on your Apple TV). Everywhere […]